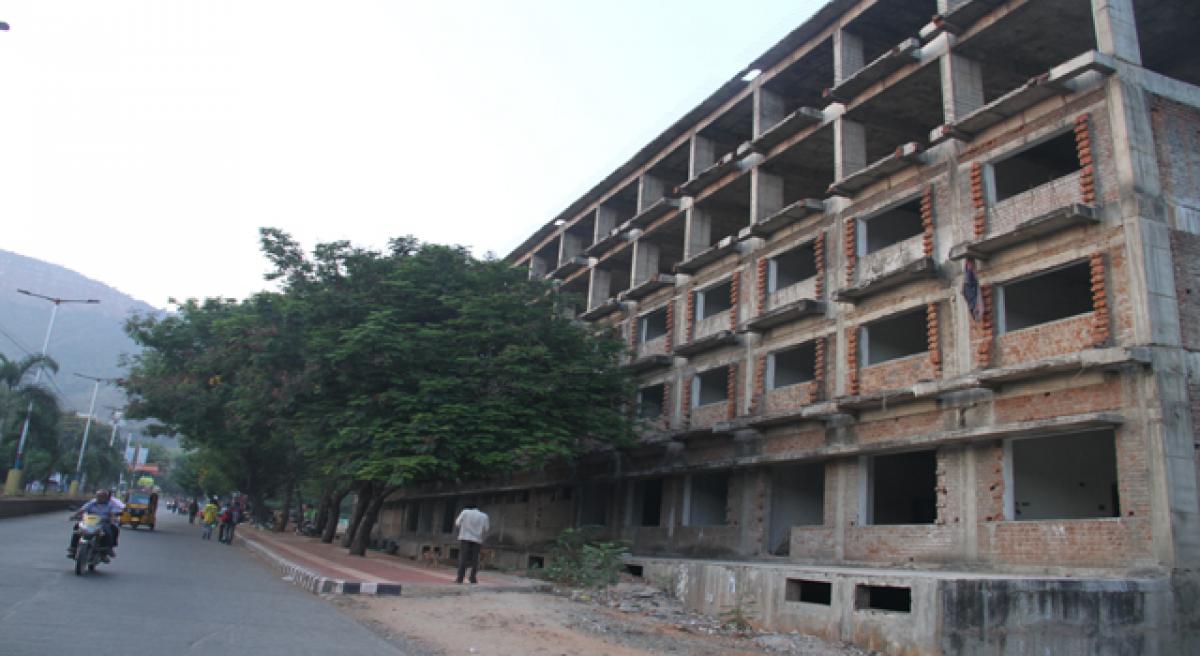 At last, AP Tourism Development Corporation (APTDC) has dropped its plans to privatise Rs 17 crore Haritha Hotel project at a prime location near Alipiri here. The project has been hanging fire for almost two years.

Tirupati: At last, AP Tourism Development Corporation (APTDC) has dropped its plans to privatise Rs 17 crore Haritha Hotel project at a prime location near Alipiri here. The project has been hanging fire for almost two years.

The APTDC planned the star hotel with an aim of earning a regular income. Works were started in 2013 for the construction of 110 rooms, including dormitories, a modern conference hall, APTDC divisional office, etc., along with a restaurant with a capacity of 200 people. APTDC spent Rs.11 crore on the project and after the completion of preliminary civil works, the project was stopped.

Later, the corporation issued notification inviting bids to lease out the hotel to private parties, which received lukewarm response. The bidders tried to get the hotel for a song, quoting below Rs.3 crore.

Despite several efforts of the private agencies to take over the hotel, APTDC chairman Prof V Jayarami Reddy stood firm and decided that corporation itself would run the hotel and cancelled the pending agreements, as the bidder did not pay the advance amount.

Now, the APTDC will initiate the works once the budget gets approved by the government. It is estimated that it needs about Rs 10 crores to complete the project, said APTDC divisional manager RV Suresh Kumar Reddy. He said by running the hotel on its own, APTDC may fetch an annual income of not less than Rs.5 crores.

Tirupati division was already the highest revenue earning division for APTDC with about Rs.30 crore per year through its resorts, projects and buses. Horsley Hills is becomes the golden duck for the corporation with the revenue from there was increasing year after year.

If Haritha Star Hotel also adds to its existing fleet, the corporation would be in a better position financially. Divisional manager Suresh Kumar Reddy said during 2017-18 the target till February-end was Rs 27 crore, which the corporation has already crossed by earning Rs 27.89 crore.

Of its total revenue, Horsley Hills earned them Rs.3.85 crore till February-end which was almost Rs 1 crore more than the previous year. Efforts were on to increase this revenue further, he said.

Revenue department has agreed to allot three acre on the Horsley Hills where it was proposed to build a huge valley view resort there for which the modalities have to be worked out.

There was much demand in Horsley Hills for up to an additional 100 rooms besides function hall and conference hall for a capacity of at least 200 people, he opined. APTDC has sought the government’s approval to allocation of funds in the budget for the resort.