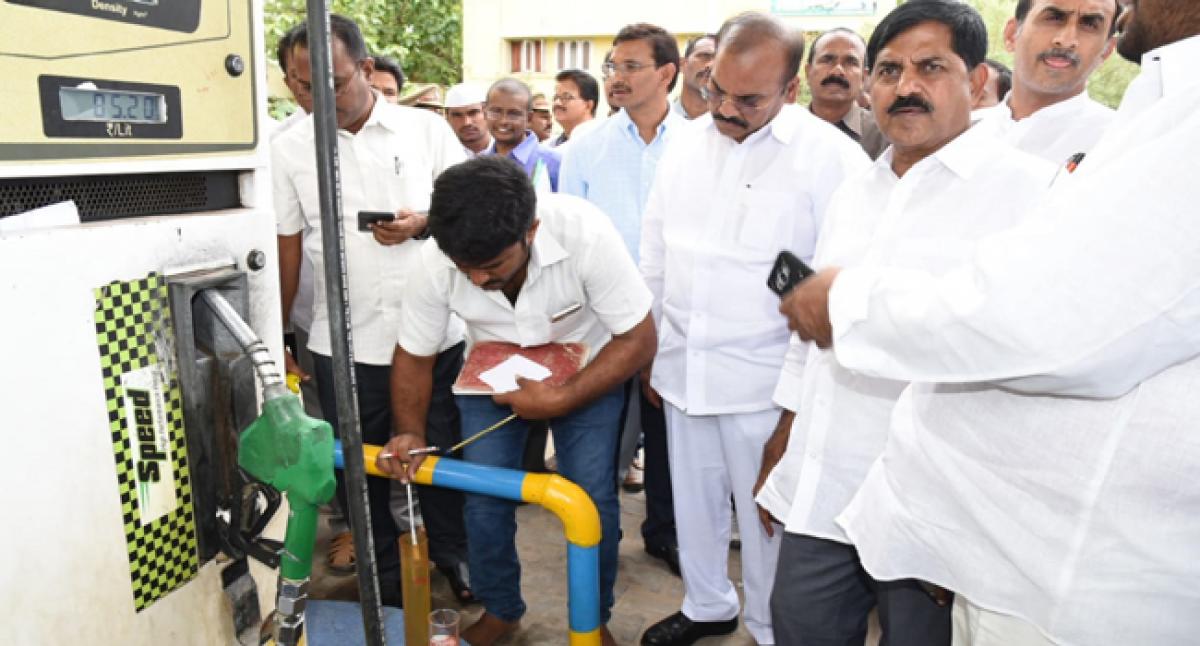 Pulla Rao enquired with the consumers about the quality of fuel and checked the fuel quality. Later, the Minister inspected the Anna Canteen located on the premises of the Zilla Parishad office. After interacting with the public, Prathipati has expressed satisfaction over the quality of food being supplied by Akshaya agency.

Speaking on the occasion, Pulla Rao said the TD government has opened Anna Canteens all over the state for the benefit of the daily wage labourers and private employees despite of financial deficit. The Minister said that those who are availing food in Anna Canteens are very happy as they are getting quality food for Rs 15 only. Civil Supplies Commissioner Rajasekhar and other officials were present.