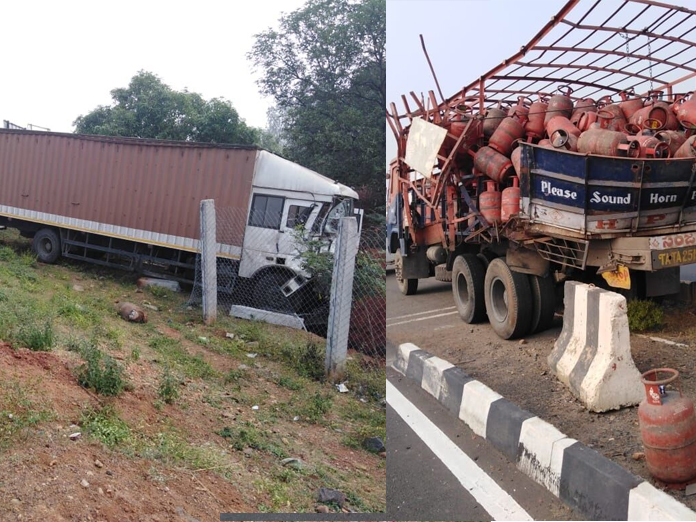 Singarayakonda: A major mishap was averted when a speeding container lorry dashed against a stationary lorry with full cooking gas cylinders in Singarayakonda mandal on Friday.

According to the Singarayakonda police CI, P Deva Prabhakar and SI Siva Nagamalleswara Rao, a full cylinder lorry was stopped at the roadside near Kanumalla village in Singarayakonda mandal on Friday morning.

A speeding container lorry hit the gas cylinder lorry from behind before it jumps on the roadside. Under the impact, the cylinders in the lorry were thrown out up to 50 meters. No casualties were reported as no cylinder was exploded in the accident.

The police registered a case of negligent driving along with other related sections and started investigating the case.