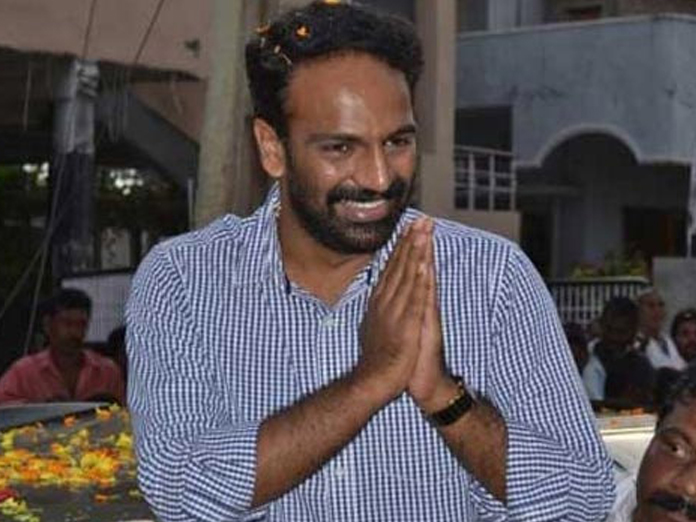 To announce his future course of action in 2 days

Vijayawada: The YSR Congress on Sunday suffered a major jolt just a few months ahead of the general election.

Radha Krishna in his letter to Jagan said the party was putting several restrictions on his functioning.

He said it may be necessary for Jagan to impose restrictions on him as he hopes to become the Chief Minister but working for the people is equally important for Radha as his father was still alive in the hearts of the people and it was his responsibility to work for their welfare and fight against suppression and hence he has decided to resign from the party.

Taken aback by this sudden development, YSRCP senior leader Botsa Satyanarayana spoke to Radha and told him not to take any hasty decision and that he would try to resolve the issue by organising a meeting with Jagan.

Radha is said to have told him that he has been patiently waiting for over seven months but Jagan failed to respond.

Speculation is rife for a while that Radha was unhappy over the party granting Malladi Vishnu who joined the party in 2017 the post of coordinator.

Things reportedly have taken a heated turn after he got to know that the party is considering Vishnu for the Vijayawada Central ticket.