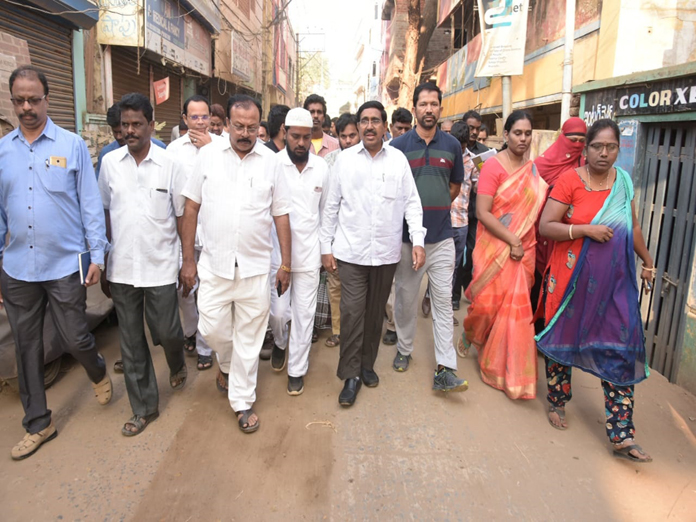 Nellore: Municipal Administration Minister P Narayana said the government would reopen Ghosha Hospital which is a dream of local Muslims. The Minister visited 43rd division in the city on Thursday and inspected water pipeline conditions at Shaadi Manzil road in Kotamitta.

He enquired about the difficulties being faced by the local people in the locality. Speaking to the media, Narayana said that they would instruct officials to prepare plans for construction of Ghosha Hospital within two days. He informed that they would start works of the hospital as soon as completing official procedures.

‘Construction of Shaadi Manzil has been going on in the city on war foot basis with Rs 8 crore. Works of mutton market are under progress and also cloth market in the city. Works of under ground drainage would start in Janda street and water tank areas soon,’ said the Minister. He gave a call to beedi workers to utilise government schemes meant for them.

Former legislator M Sridhar Krishna Reddy and others were present. Further, the Minister interacted with Christian Union members and said that State government had allocated Rs 75 crore from the Christian Corporation.