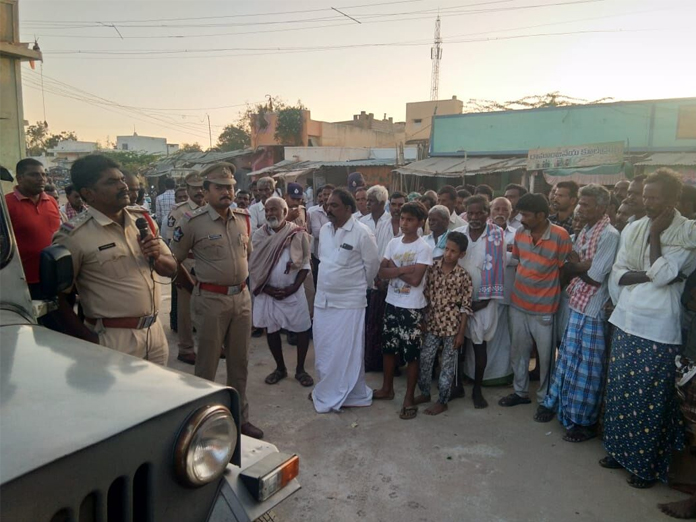 Anantapur: Police have started special awareness camps in rural areas in view of the forthcoming Assembly elections as unruly elements are likely to raise their ugly heads by taking advantage of the election fever and scope for factional rivalries to rise again.

In view of the expected election notification for the 2019 general and Assembly elections in a week or so, cops are visiting problematic villages with potential for unruly and rowdy elements masquerading as political party workers in order to warn such elements and rowdy sheeters and keep a tab on their movements and activities.

Atmakur CI Prasada Rao started a special campaign in his jurisdiction mandals of Garladinne, Kuderu and Atmakur. Among these mandals, some villages are very problematic and so an exercise has been launched by the circle police to keep a tab on problematic in view of the recent disturbances in Raptadu constituency and clashes between TDP and YSRCP workers particularly Thopudurthy village.

Pre-cautionary measures have been initiated to prevent reoccurrence of such clashes particularly in Raptadu constituency represented by Minister Paritala Sunitha. In the context, as many as 40 people were remanded in Marthadu village of Garladinne mandal for manhandling cops.

Garladinne mandal is known for thefts and robberies of agriculture pumpsets and other public and private assets. Hundreds of thefts were taking place in Marthadu
village.

On Friday, CI Prasad Rao conducted raids and checks in Marthadu and reviewed the law and order situation.