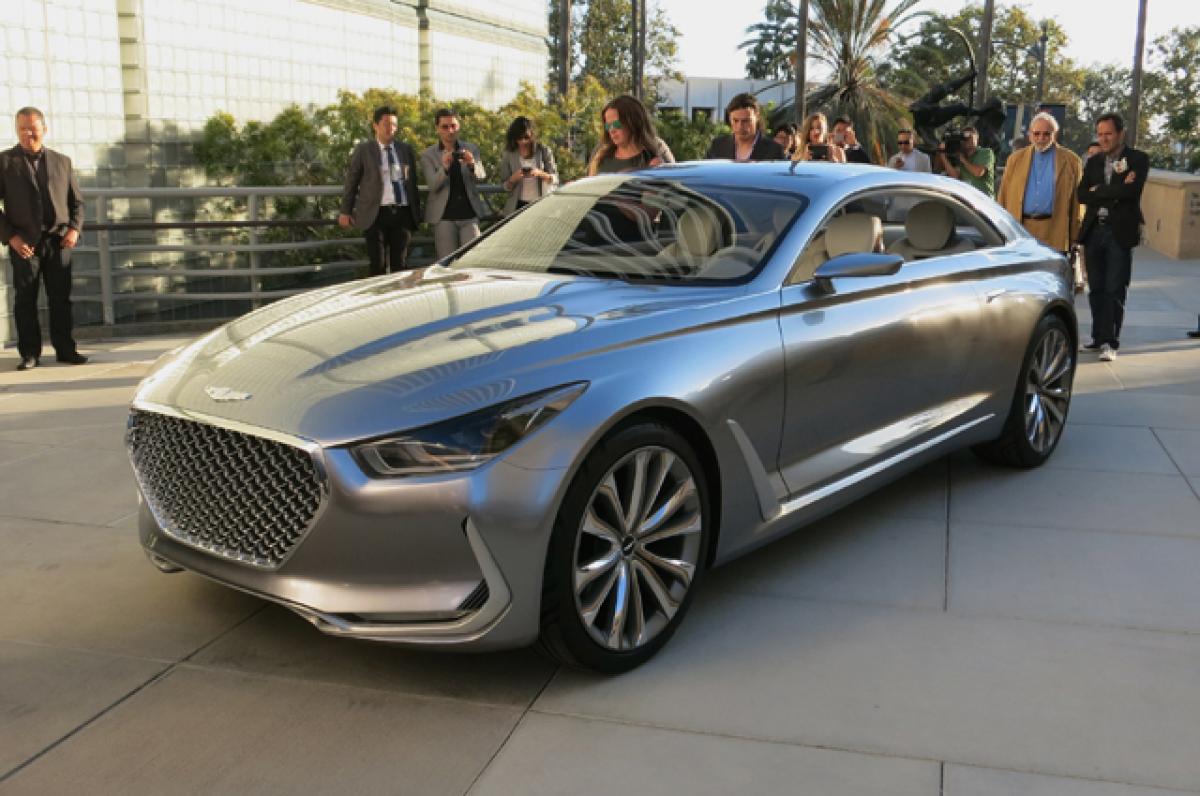 Hyundai unveils its vision. With this city\'s biggest art museum as a backdrop, Hyundai revealed a long, sleek concept car that is likely to point to the styling direction of the next version of the Equus full-size luxury car.

With this city's biggest art museum as a backdrop, Hyundai revealed a long, sleek concept car that is likely to point to the styling direction of the next version of the Equus full-size luxury car. With a pull of a sheet, the Hyundai Vision G was shown as a stately yet shapely touring coupe, with a long hood, high sides, big grille and a hatchback-style rear. "It's the poised stance of a sprinter in the blocks," says Chris Chapman, Hyundai's chief U.S. designer. He called it "luxury with no apologies" aiming for "respect, not superficiality."

The reveal at the Los Angeles County Museum of Art was a prelude to the car's official showing Sunday at the Pebble Beach Concours d'Elegance, where the brand hopes to burnish its credentials as a maker of luxury, not just mainstream, cars.

Though the Vision G is badged as a Genesis, Hyundai's midsize luxury sedan and sports coupe, Chapman and Hyundai brand President Peter Schreyer clearly indicated that his team has bigger things in mind, talking about its "flagship" direction.

The Vision G was treated as a no-holds-barred project where imaginations could run wild. For instance, the outside door handles aren't on the doors. They are on panel behind the doors, with the idea that hotel doormen or parking valets won't have to pull open the door.

Rather, they push the handle and the door swings out on its own. The center stack has a curved navigation screen, in what could be an industry first. Chapman says he wants to see how the idea plays with potential customers.

The color and trim designers say they were especially proud of how the car combined the looks of different metals in a way designed to catch the eye. Bronze was incorporated with chrome into the wheels, for instance, says Elizabeth Curran, a design manager. Brushed chrome was used on a bottom trim strip, but polished chrome up higher to catch the eye.