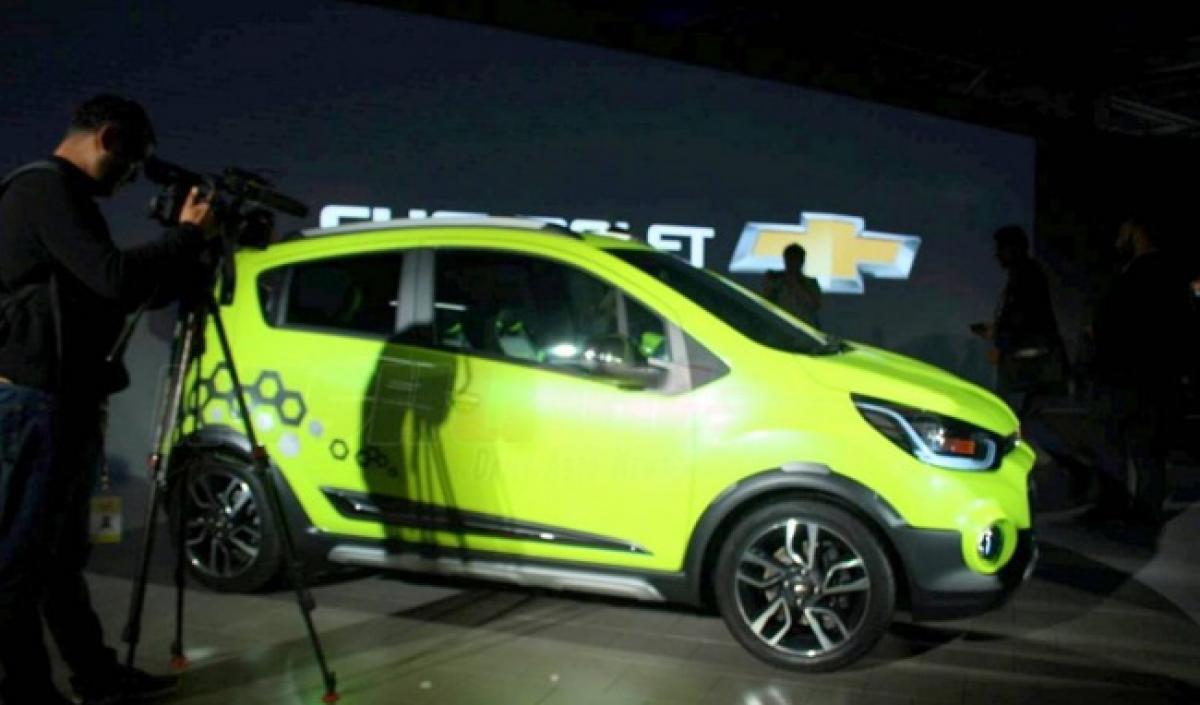 All new concept based on a new gen platform, previewing the upcoming 2017 Beat hatchback in India.

All new concept based on a new gen platform, previewing the upcoming 2017 Beat hatchback in India.

New Chevrolet Beat Activ features a new design language and a host of on board equipment that will set it apart from the segment. It will be its prominent Bowtie logo in the middle that will be an immediate attention puller along with a two part grille, LED daytime running lights, projector headlamps and LED fog lamps.

A concept as of now, Chevrolet India is yet to confirm whether it will be heading for production or not. Basically, the new Beat Activ concept previews the upcoming next gen Beat hatchback, which will be launched in India next year.