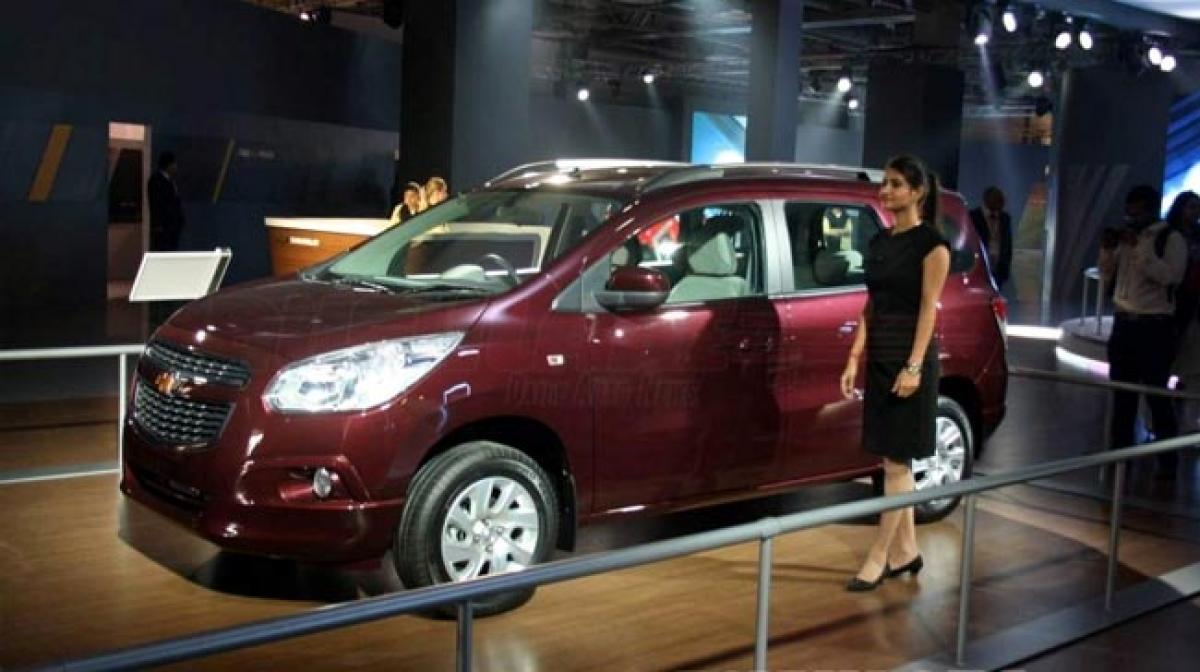 New Chevrolet Spin MPV is slated to be launched in India sometime in early 2017.

Delhi: New Chevrolet Spin MPV is slated to be launched in India sometime in early 2017.

To come in at an expected price of INR 10-15 lakh, and to take on the likes of Toyota Innova, Nissan Evalia and Renault Lodgy, Chevrolet Spin MPV has made India debut at the ongoing 2016 Auto Expo.

Chevrolet Spin MPV features the trademark golden bowtie logo on front mesh grille. Exterior features include – a sharply raked front windshield and chrome accents around the grille and fog lamp housing. Sides will be dominated by wide doors and extended C pillars while at the rear will be seen black cladding around the outer edges of rear glass offering an illusion of a floating rear roofline.

While for markets in Indonesia and Thailand, the new Chevrolet Spin MPV will be seen in interior colour combinations of light brown plastic, India will receive beige colour scheme with black plastics. The top end spec model will get climate control, touchscreen infotainment system and rear parking sensors with camera. It will also be seen with electrically adjustable ORVMs and power windows while a host of storage spaces will also be on offer.

Chevrolet Spin MPV will be powered by a 1.4 liter four cylinder engine capable of 107 bhp power and 148 Nm torque mated to a 5 speed manual transmission sending power to the front wheels. A Fiat sourced 1.3 liter diesel engine generating 90 hp and 200 Nm will also be on offer.

Once officially launched in the country, the Chevrolet Spin MPV will be seen in both 7 and 8 seater configurations. It will sit along Beat, Cruze, Enjoy, Sail Sedan, Sail Hatchback and Trailblazer in the company line-up.