2016 Honda Amaze spied inside out at dealer yard 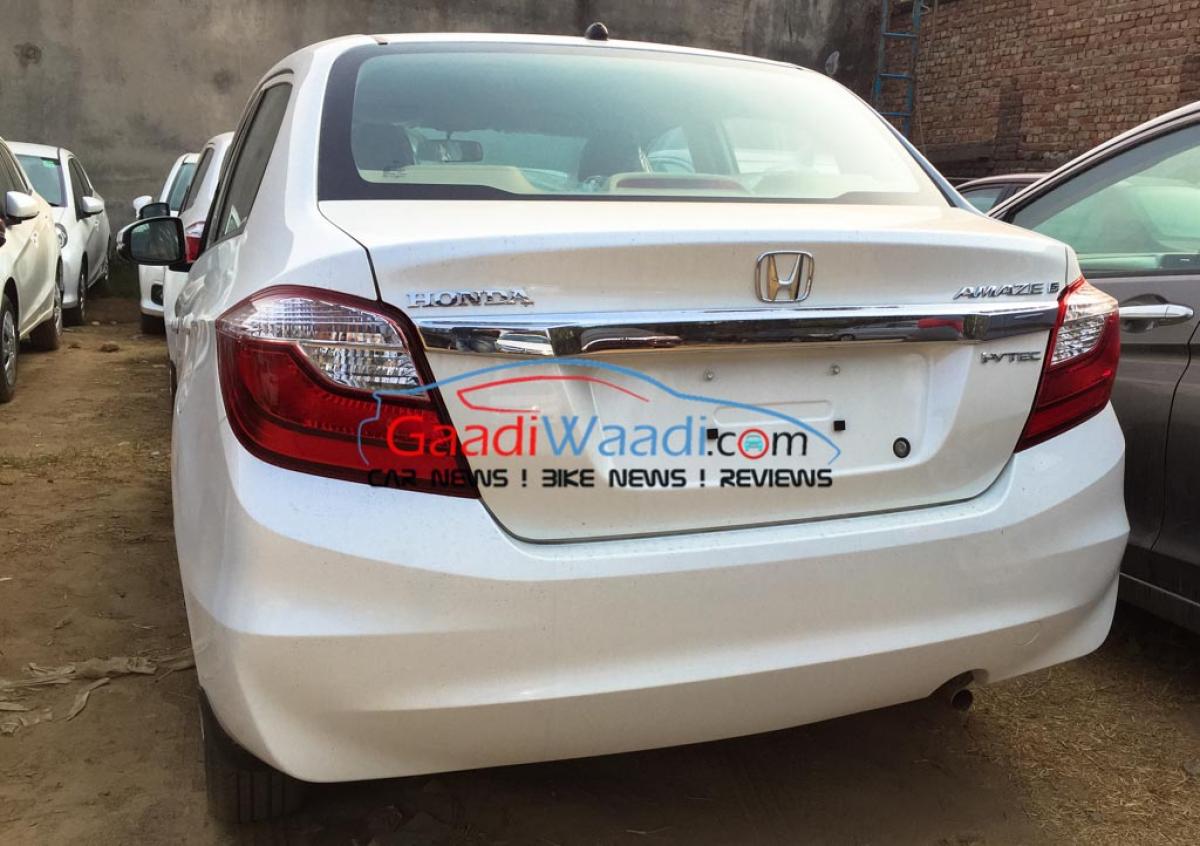 Speaking about the 2016 Honda Amaze, its exterior gets a sporty new bumper in the front with large trapezoidal housing for fog lights. The new bumper is a bit wider than before while there is also a new chrome grille in the front. Side profile remains unchanged while on the rear Honda Amaze facelift features newly designed taillights. Everything else at the rear remains unchanged.

2016 Honda Amaze rear
Criticized for its very mundane looking dashboard, 2016 Honda Amaze facelift features a revamped dashboard. It continues in dual tone finish of black and beige, but the layout is now like the new City’s dashboard, making the interior much more premium than before.

Instrument cluster now features a single unit, unlike the previous three pod unit. New instrument control houses speedometer and a digital TFT display below it. It also has fuel gauge on one side and engine temperature display on the other. Steering wheel remains unchanged.

2016 Honda Amaze interiors
Centre console features a piano black finish with an audio unit on top and AC unit below it. Top of the line variant could also get a touchscreen infotainment system as seen on board the new City. Seat design and fabric too looks unchanged.

Engine options continue to be same in the form of 1.2-liter iVTEC generating 88 PS and a 1.5-liter iDTEC generating 100 PS. More details will be revealed once the car is launched on 3rd March 2016.

This article first appeared on: Rushlane.com