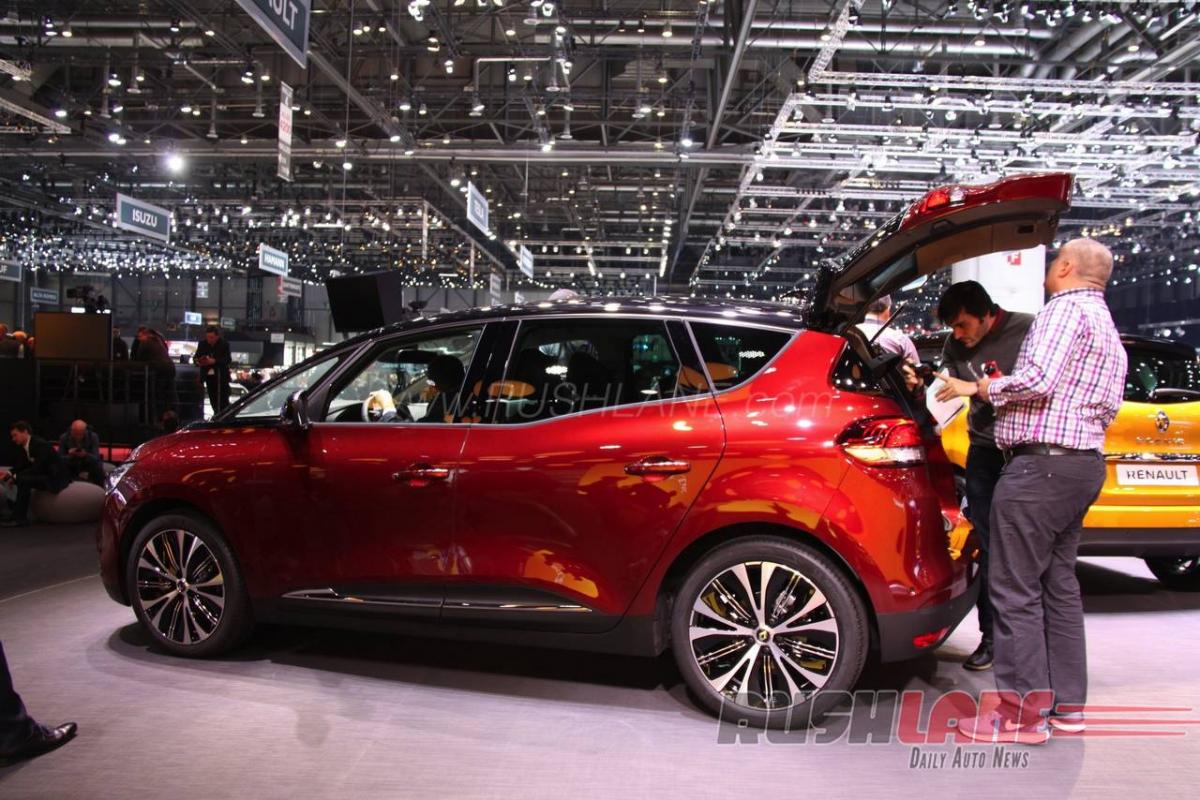 Fourth gen Renault Scenic is an altogether fresh take on the compact MPV. Similar to new Espace, Scenic features a three-part windscreen for a panoramic view and enhanced visibility.

Renault will launch a bigger Scenic later in 2016, a seven-seat Grand Scenic. The five-seat Scenic shares the modular CMF platform with the new Megane, and is positioned between Captur and Kadjar. Grand Scenic and Scenic will have external design differences.

New Renault Scenic uses C-shaped headlights that use LED Pure Vision technology. The new gen car has a wider track upfront and rear to add to the MPV’s solid stance. The larger Scenic will obviously have improved cabin space. The MPV draws from the R-Space concept car shown at Geneva in 2011.
Compared to the old Scenic, the new one is longer by 40 mm, taller by 13 mm, and wider by 20 mm. This has resulte in new Scenic more spacious for passengers than ever before. For engine options, Renault is offering a range of two petrol and six diesel engines in a choice of manual and automatic transmission.