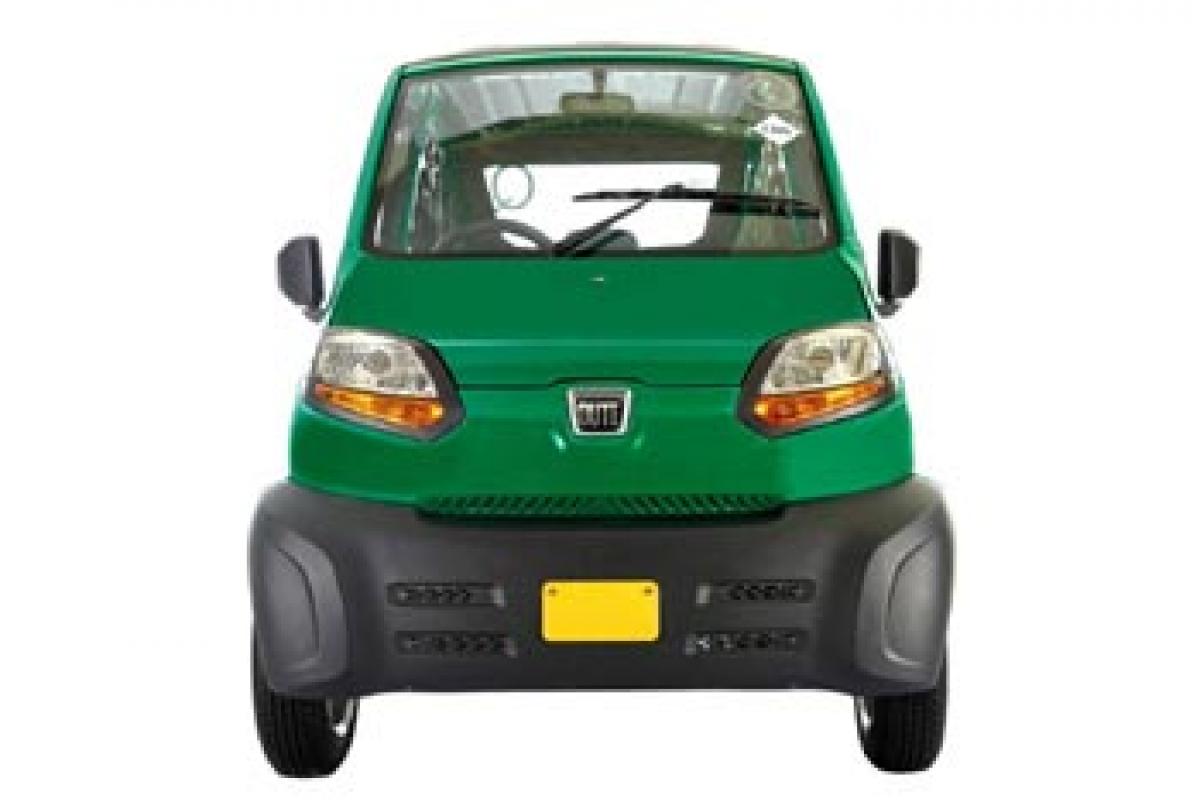 Bajaj Auto\'s Qute quadricycle scored a rating of one star in the recent round of crash tests conducted by Euro NCAP.

Bajaj Auto's Qute quadricycle scored a rating of one star in the recent round of crash tests conducted by Euro NCAP. The tests were conducted on four vehicles the Aixam Crossover GTR, Bajaj Qute, Chatenet CH30 and the Microcar M.GO Family. Of this, the two-seater Chatenet CH30 was the only quadricycle to get an overall two-star rating, while the others earned a single star rating.

The Microcar M.GO by Ligier is the only model that comes with driver airbag as an option, but the tests showed this too to be ineffective. The Global NCAP had introduced a specific star rating for quadricycles to help consumers in their purchase decision, and said that safety equipment is sparse in these vehicles and that the results showed little improvement from that of 2014.

All four vehicles were assessed using the same protocols used in 2014 when testing the first quadricycles. While some vehicles performed better than others, the standard of protection offered to the driver is still generally very low, leading to serious risks in collisions with other vehicles or obstacles.

Global NCAP is of the view that “with relatively low-cost improvements,” these vehicles could be made safer. Commenting on the latest test results, Euro NCAP secretary general, Dr Michiel van Ratingen, said: “It is disappointing to see that quadricycles are still lacking basic safety features that are common in small cars. By not challenging the manufacturers to do more, legislators continue to give a false impression to consumers that these vehicles are fit for purpose.”

He added, “Simple design changes could lead to significant improvements, with little added weight or cost. Pursuing an environmental agenda is not an excuse for unsafe vehicles. Therefore, Euro NCAP again calls for safety to be prioritised for heavy quadricycles.”