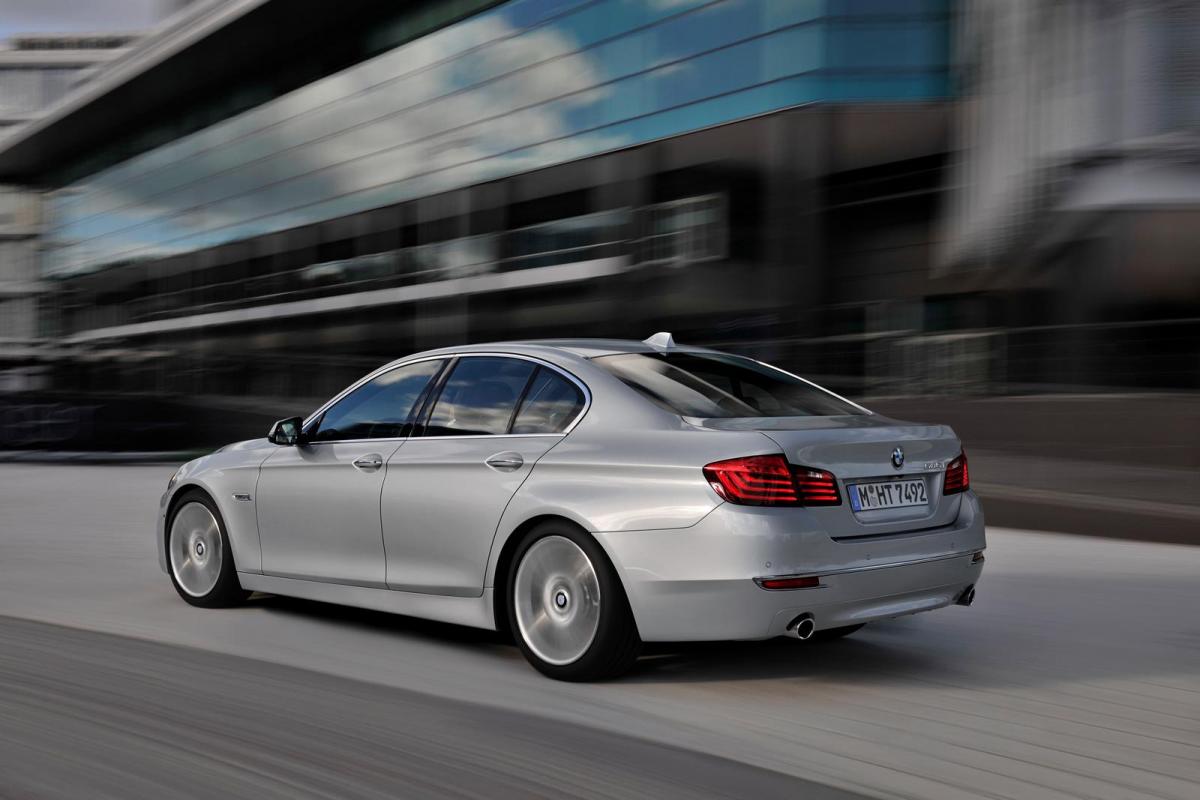 The petrol variant is imported as a CBU.The new BMW 520i entry level petrol variant has been added to the popular mid-size luxury sedan’s Indian lineup. The introduction of new petrol 5er closely follows the launch of the 320i petrol variant. It’s priced at INR 54 lakhs (Ex-showroom).

Mated to a 8-speed automatic transmission driving the rear wheels, the 520i is capable of accelerating from rest to 100 kmph in 7.9 seconds. Top speed is rated at 233 kmph.

The BMW 520i will be available only in the Luxury Line trim level and is equipped with a wide array of features including Adaptive LED headlights, 18-inch alloy wheels, iDrive multimedia infotainment system with 10.2-inch color display, 600w Harman Kardon audio system with 16-speakers, 3D Maps, Eco Pro, Comfort and Sport driving modes, engine start-stop system, brake energy recuperation and so on.

Unlike other 5 Series variants, the 520i is imported into India as a Completely Built-up Unit (CBU). It is pitted against the likes of Mercedes E200 and Audi A6 35 TFSI.

The introduction of entry level petrol variants is aimed at offering more choice to the customers. With the NGT diesel ban extension being considered, fuel efficient petrol variants can be pitched as viable alternatives.