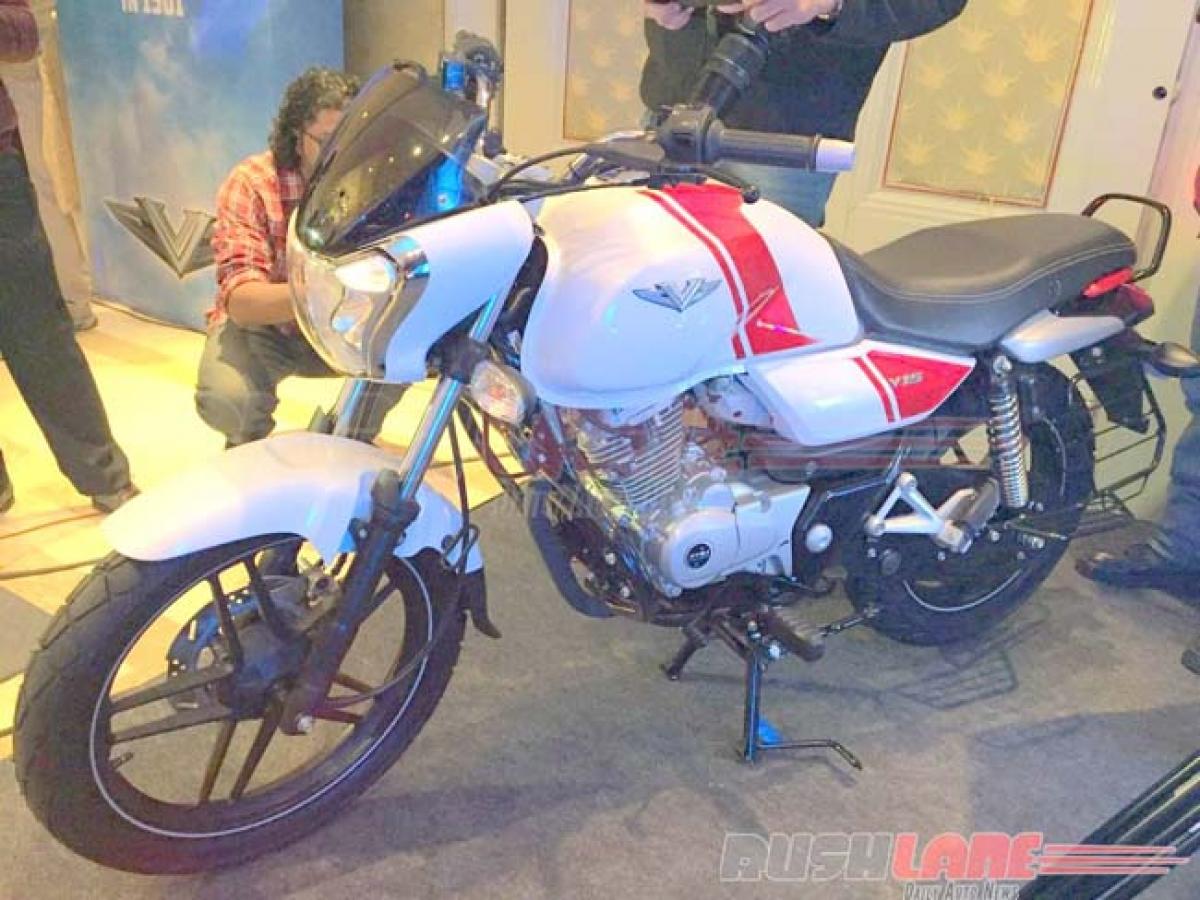 Bajaj V, the 150cc bike, fashioned out of metal from the INS Vikrant, has seen outstanding success. The demand has been such, that it has pushed Bajaj Auto Limited to hike production.

Bajaj V, the 150cc bike, fashioned out of metal from the INS Vikrant, has seen outstanding success. The demand has been such, that it has pushed Bajaj Auto Limited to hike production.

Launched in March 2016, sales have reached the 1 lakh unit mark in just four months of launch. In spite of manufacturing 25,000 units per month, Bajaj plans to increase production from September so as to meet the growing demand.

Bajaj V is offered in 3 color options, with price starting from INR 62,000. It stands out from the crowd in its Neo Classic styling, which is largely dominated by a contoured fuel tank. It sports a 149.5cc, single cylinder, 4 stroke, SOHC 2 valve, air cooled DTS-i engine offering peak power of 12 bhp at 7,500 rpm and peak torque of 13 Nm at 5,500 rpm. Bajaj V is positioned above the Discover 150 and takes on Suzuki Gixxer and Yamaha R15, though none can match its historic lineage.

Though the bike offers a unique package, one of the major reason behind its success is the way it has been marketed. Every Bajaj V being sold currently comes with a piece of metal from INS Vikrant, the iconic Indian warship. This is also the reason why the bike has been named ‘V’. So along with a motorcycle, you also get to keep a part of proud history.

With the brand already a success, Bajaj has stated that they will launch two more motorcycles under the V umbrella soon. We expect these to be powered by 200 cc engine (from AS 200) and 400 cc engine (from upcoming Pulsar CS400). More details regarding this will be revealed at a later stage.