7 Things You Must Know About The Skoda Kodiaq! 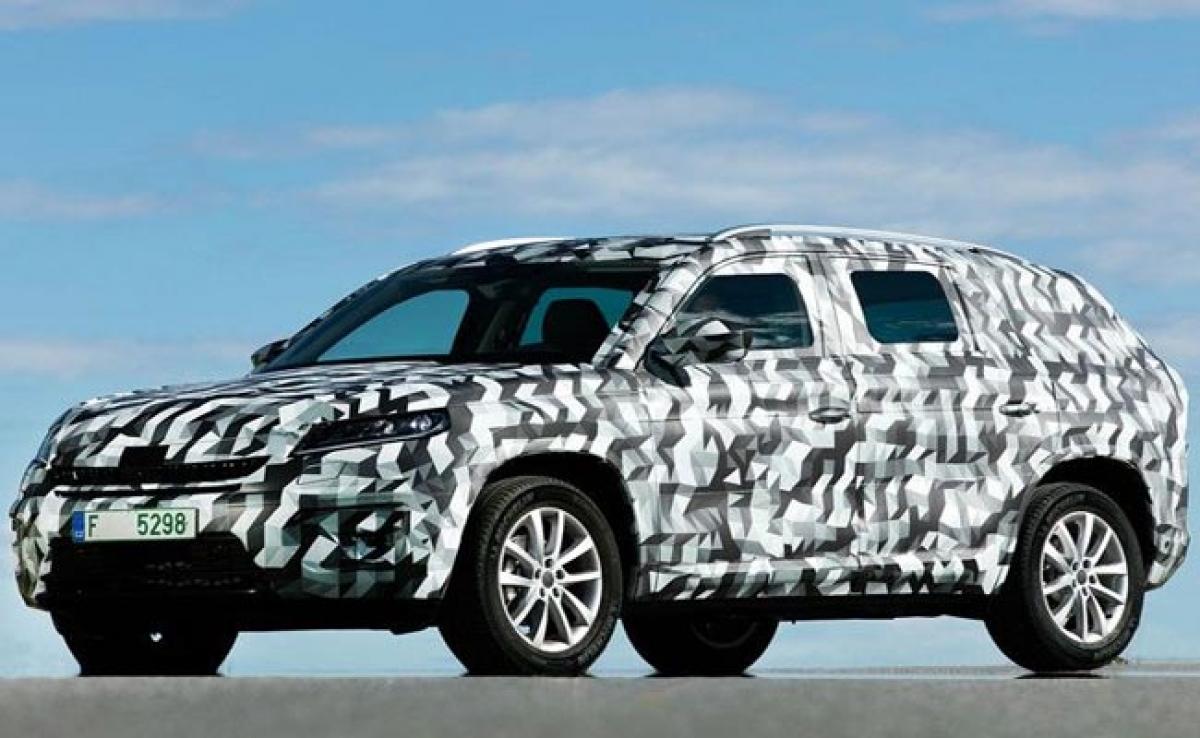 We recently previewed the upcoming Skoda Kodiaq at its home turf, in the Czech Republic. We were mighty impressed with what we saw, but, sadly, couldn\'t take it for a spin around the mountains. The Czech automaker\'s answer to the Toyota Fortuner, the Ford Endeavour and the Chevrolet Trailblazer is all set to hit Indian shores next year. Here are seven things you must absolutely know about the Kodi

We recently previewed the upcoming Skoda Kodiaq at its home turf, in the Czech Republic. We were mighty impressed with what we saw, but, sadly, couldn't take it for a spin around the mountains. The Czech automaker's answer to the Toyota Fortuner, the Ford Endeavour and the Chevrolet Trailblazer is all set to hit Indian shores next year. Here are seven things you must absolutely know about the Kodiaq!

Design
The Kodiaq is based on the Vision S concept that Skoda debuted at the 2016 Geneva Motor Show. The design features a lot of crystalline elements and crisp character lines. Expect a design theme that mimics its sedan sibling, the Superb.

Space
Unlike the concept that was showcased as a 6-seater, the production-spec Kodiaq will be a family-friendly 7-seater SUV. With all three rows in place, boot space is a fairly respectable 225-litres. Tuck two rows away and you have a 2005-litre boot at your disposal!

The big Czech is generously sized, measuring 4.7-metres in length and 1.88-metres in width. That's a proper, full-size SUV, mind you! For comparison sake, the Ford Endeavour is 4.9-metres long and 1.86-metres wide.

In global markets, Skoda has listed out a wide range of engine options to choose from. However, for India, expect the familiar 2.0-litre TDi diesel motor to be on offer. Transmission options are likely to be similar to the Superb, with the diesel being offered with just the 6-speed dual-clutch automatic. International markets get to choose between a 1.4-litre and a 2.0-litre TSi petrol motors as well. If Skoda gets either of these engines to India remains to be seen.

Off-road
Skoda has confirmed that the Kodiaq will feature an 'off-road' button. We're guessing this will raise the ride height and alter the throttle response, but we'll wait for official details from the manufacturer.

Technology
Just like the Superb, expect the SUV to be brimmed with feel-good features and technology. The top-spec Kodiaq will get leather upholstery, in-car WiFi, a touchscreen infotainment system with Apple CarPlay and Android Auto and a wireless charger for your phone as well.

Price
The full-size SUV battle has just begun. The new Fortuner is around the corner and the Endeavour is enjoying a fair share of the pie too. That said, expect premium pricing for the Skoda. Prices will fall in the Rs 25-30 lakh bracket, depending on the variant.

And before we forget, there's a reason it's called Kodiaq too. The folks at Skoda have named the brute after an Alaskan bear. How cool is that! If you've got anything to add, or anything to ask, head over to the comments section below.