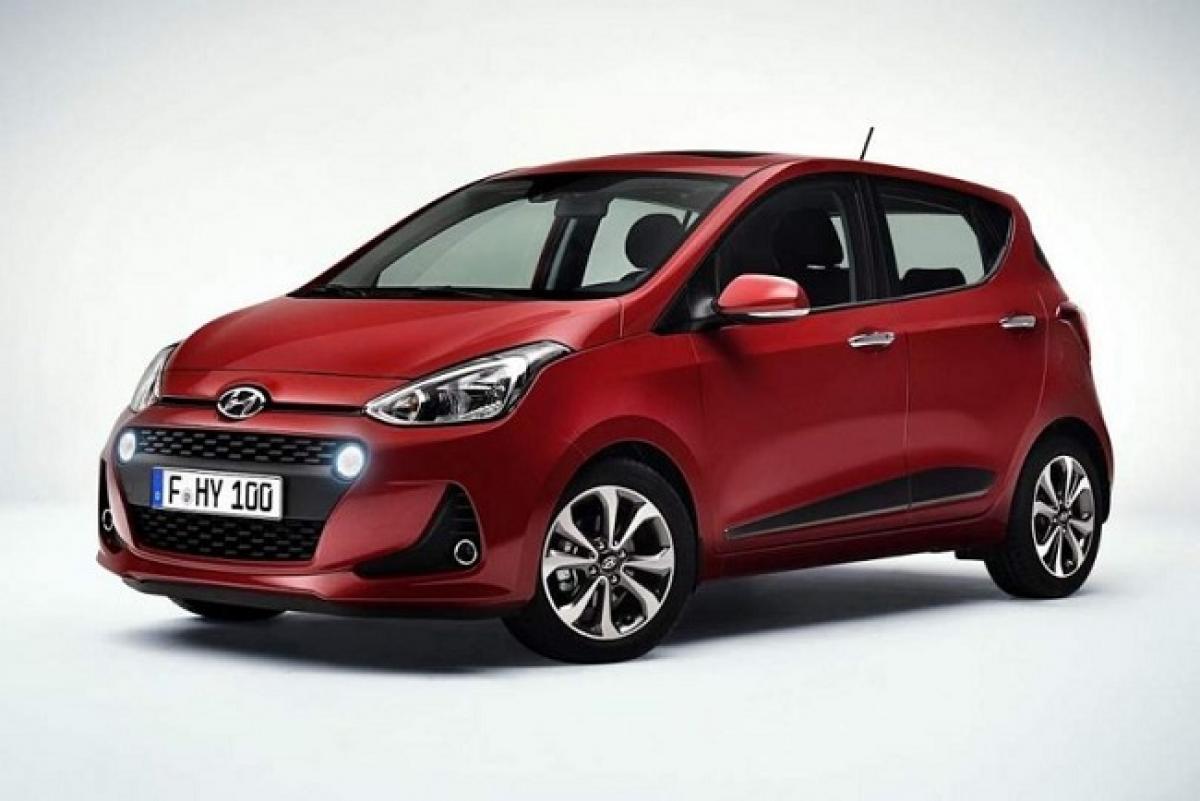 The Hyundai Grand i10 facelift (simply i10 in Europe) has been unveiled ahead of its first public appearance at the Paris Motor Show that is set to kick start in October.

The Hyundai Grand i10 facelift (simply i10 in Europe) has been unveiled ahead of its first public appearance at the Paris Motor Show that is set to kick start in October.

The second gen i10 made its global premiere in India back in 2013 shortly before its European debut. The Euro-spec car which is being made in Turkey features a slightly different C-pillar.

The profile stays intact save for the new alloy wheel design. The rear end receives an all-new bumper with a prominent black inlay and twin circular fog lights.

Inside, the dashboard design and layout have been retained but the red-black color theme is new (are the contrast accents coordinated with exterior color?). The most significant improvement comes in the form of a 7-inch touchscreen infotainment system that has navigation, Apple CarPlay and Android Auto.

In terms of equipment, the fully-loaded i10 hatchback offers front collision warning system and lane departure warning system both of which are enabled by the front camera sensors. For Europe, the facelifted i10 will retain the 1.0-litre and 1.25-litre petrol engines which are available either with a 5-speed MT or a 4-speed AT.

The India-spec Hyundai Grand i10 facelift is expected to feature similar visual changes but we don’t expect the front collision warning and lane departure warning systems to be on offer. The powertrain lineup comprising 1.2-litre petrol and 1.1-litre diesel will be retained.

The Grand i10 facelift has already been spotted testing in India. We expect it to go on sale in India this festive season.