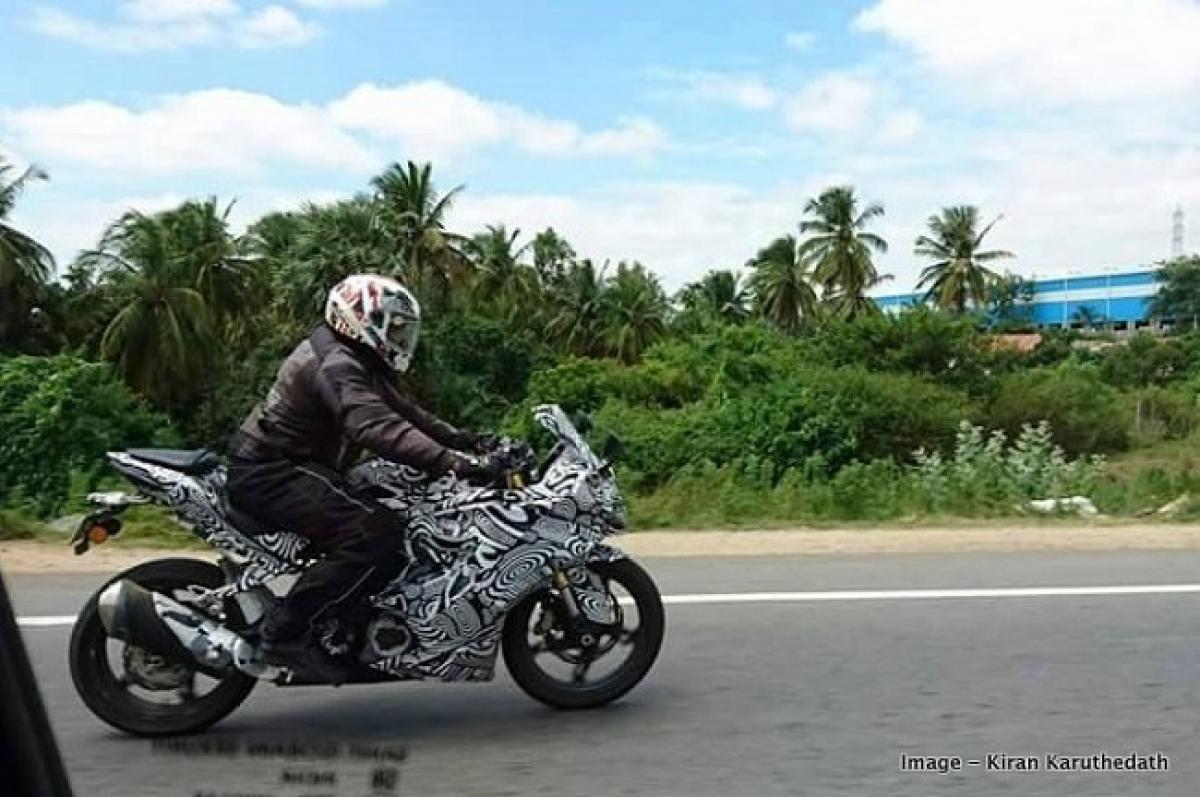 A camouflaged TVS Akula (Apache 300) prototype has been caught on a Bajaj Pulsar RS 200 rider’s helmet-mounted camera somewhere between Bangalore and Krishnagiri.

A camouflaged TVS Akula (Apache 300) prototype has been caught on a Bajaj Pulsar RS 200 rider’s helmet-mounted camera somewhere between Bangalore and Krishnagiri.

As soon as he realized that the prototype was being filmed, the test rider stepped up the pace and managed to leave behind the RS 200. The Bajaj rider’s high speed chase for the next few kilometres didn’t produce any productive result.

However, the observer remarked that the production version of the Akula features twin projector headlamps, alloy wheels that are identical to the BMW G310R, and a throaty exhaust note. The motorcycle which was previewed by a race-spec concept at the Auto Expo 2016 adopts sharp full fairing panels, a muscular fuel tank, and a high-mounted tailpiece with LED taillight and split seats.

To recap, the Akula is powered by the G310R’s 313 cc single-cylinder liquid-cooled engine. Power and torque figures are revealed yet but expect the motor to be tuned to have a different nature compared to its naked sibling. Transmission is a 6-speed unit. The engine produces 34 PS and 28 Nm of torque on board the G310R.

Production version of the TVS Akula is expected to be launched in India towards the end of this year or early next year. It is likely to follow the G310R into the Indian market.