Hyundai Verna heading for a sales debut in China 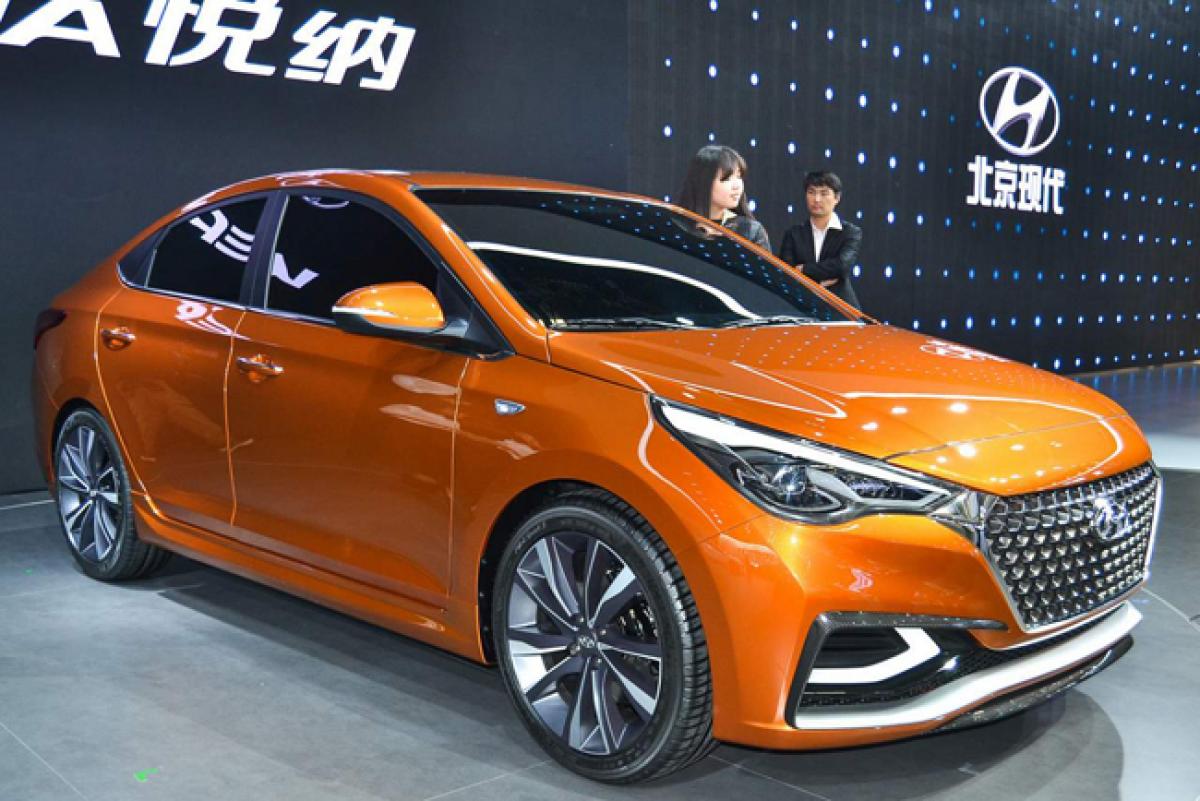 The 2017 Hyundai Verna has been revealed through the posters ahead of its world premiere which is scheduled to take place at the Chengdu Motor Show in China tomorrow.

The 2017 Hyundai Verna has been revealed through the posters ahead of its world premiere which is scheduled to take place at the Chengdu Motor Show in China tomorrow. The new generation Honda City rival is expected to make its sales debut in China before entering India sometime next year.

The new Verna subscribes to Hyundai’s latest design language which can be seen on the new Elantra as well. A neat, edgy, chrome finished hexagonal grille sets the tone for a sporty low-slung fascia. Bonnet with accentuated crease lines, new headlamps with projector and LED DRL elements, and a sharp chin add to the appeal.

The profile has a swooping roofline like the current gen model. Going by the previous spyshots, the new Verna gets angular wraparound taillights and bumper-mounted license plate enclosure. The local media reports indicate that the new car is 4,380 mm long, 1,728 mm wide, 1,460 mm tall and has a wheelbase of 2,600 mm (30 mm longer than current car).

The 2017 Hyundai Verna will be aiming to mount a better onslaught on the Maruti Ciaz and Honda City.