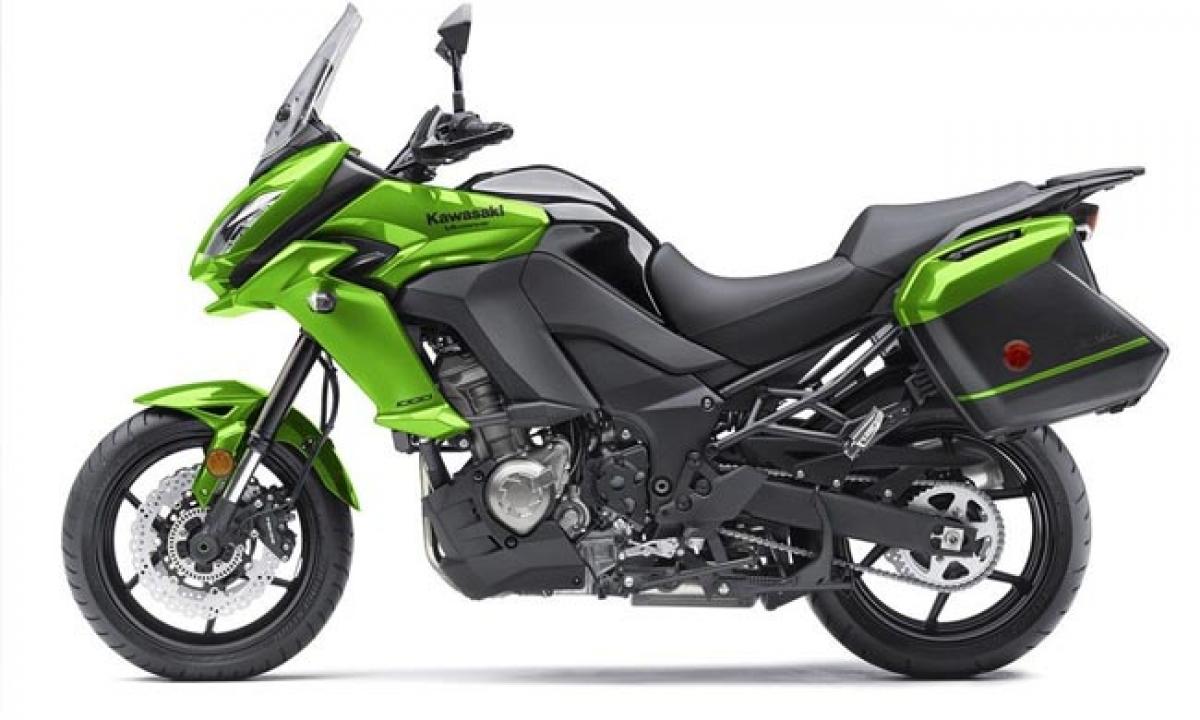 A few patent images of the 2017 Kawasaki Versys 650 have been leaked from the house of the Japanese bikemaker, which gives us a glimpse of the changes incorporated in the upcoming model.

THE 2017 KAWASAKI VERSYS 650 WILL BE HEAVILY INFLUENCED BY ITS ELDER SIBLING, THE VERSYS 1000.

A few patent images of the 2017 Kawasaki Versys 650 have been leaked from the house of the Japanese bikemaker, which gives us a glimpse of the changes incorporated in the upcoming model. Most of the updates in the new bike are looking influenced by the bigger Kawasaki Versys 1000, which is also available in the Indian market. Even the sketch might convince you that it is an iteration of the bigger bike itself. However, a closer look will tell you that it is the Versys 650.

The bike in the patent images gets an underbelly exhaust like the existing Versys 650 instead of the big side-slung muffler on the 1000cc model. Moreover, it misses the handguards and centre stand as well, which are available only on the Versys 1000.

As per the data leaked, the 2017 Kawasaki Versys 650 will be narrower and will offer a better fuel economy as compared to the current model. The cosmetic changes include the revised front fairing, which is now identical to the existing Versys 1000. The new adventure-style sump guard is also there for better engine protection, like the Honda Africa Twin.

Powering the 2017 Versys 650 will be the same liquid-cooled, parallel-twin motor that is doing duty on the existing model. Despite the improvement in fuel economy it is expected to continue with the same power and torque outputs of 69PS and 64Nm respectively. This is all we can say for now; more details will get clear with the next update on the same.