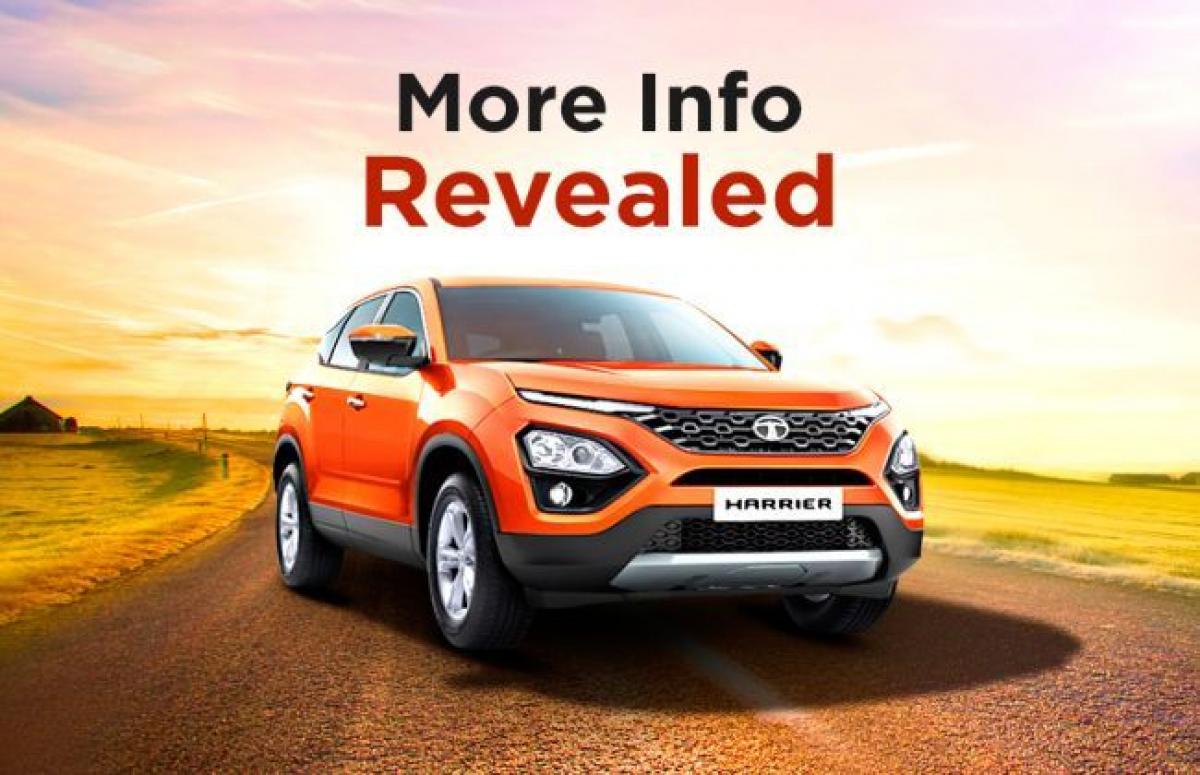 Sources tell us Tata has put in a lot of thought even in the small details inside the car Tata’s upcoming SUV Harrier will be showcased in...

Tata’s upcoming SUV Harrier will be showcased in December 2018 and launched in India early next year. The carmaker has released official exterior images of the Harrier but we’re yet to see how its cabin will look like. However, sources within the company, who have had a chance to see the Harrier up close, have some information to share with us.

We’re told Tata has put in a lot of thought to make the interior practical. Given how big the H5X Concept was, the Harrier’s interior will certainly be roomy. This is not surprising as Tata is known for making cars with spacious interiors. On top of that, the interior will get a dedicated storage area to stow away smartphones for all passengers. Rear passengers who sit next to the windows will have a space provided on the doors while the passenger in the centre will be able to keep their smartphones in the centre console, behind the front armrest.

The front armrest will get an inbuilt cooled storage area, at least in the top-spec Harrier, that will keep beverages and other items cool. We’re told the placement of coolbox in the front armrest makes it accessible for rear passengers as well, and thus is more practical than offering a cooled glove compartment. The Jeep Compass, whose lower variants will be in the same price zone as the Harrier, doesn’t get a cooled glove compartment. Even the Hyundai Creta, whose top variants are expected to be in the same price range as the Harrier’s base, doesn’t get this feature.

The Tata Harrier will come with a black and beige dual tone interior. This will offer the best of both worlds. Black will accentuate the sporty characteristics of the Harrier while beige will make the interior feel roomier. Another thing we know about the Harrier is that it will come with a floating touchscreen infotainment system. There will be a rotary dial ahead of the gear lever for selecting driving modes. Expect driving modes to be standard across the range.

The Harrier will be available with a 2.0-litre diesel engine paired with both manual and automatic transmission options. In the recently released images and videos of the Harrier, which we think feature the top variant only, we’ve come to know that the Harrier won’t get a sunroof. The 5-seater Harrier SUV will be positioned against the Compass, with prices expected to start from around Rs 14-15 lakh and going up to Rs 20 lakh.