Hyundai Santro vs Grand i10: Which Hatchback Offers More Space? The Santro is positioned below the Grand i10 in Hyundai’s portfolio, but how different are they when it comes to cabin space? We find out Th...

The Santro is positioned below the Grand i10 in Hyundai’s portfolio, but how different are they when it comes to cabin space? We find out 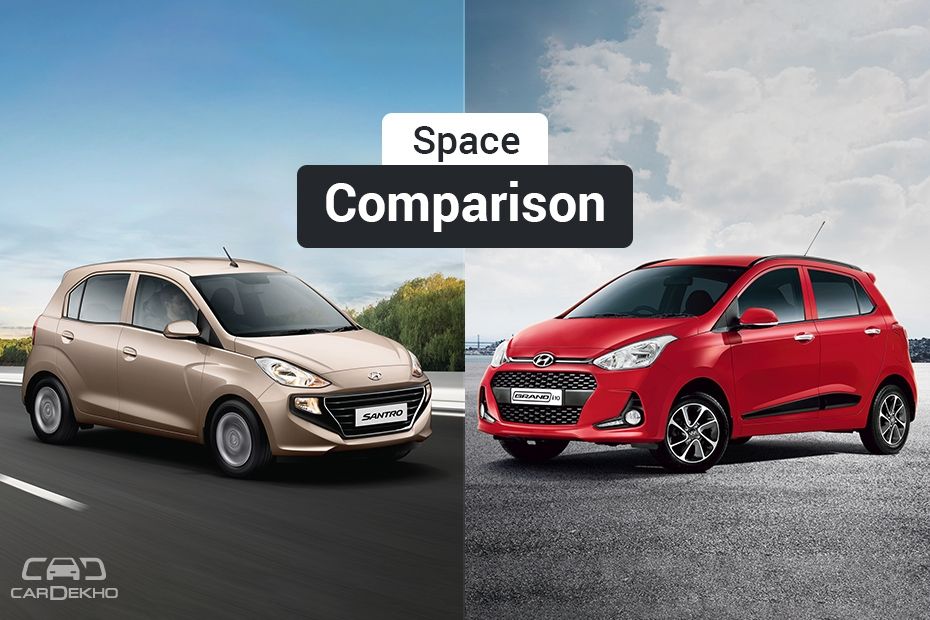 The Hyundai Santro marks the return of the South Korean carmaker to the compact hatchback segment to rival the likes of the Maruti Suzuki WagonR. This model sits below the Grand i10 hatchback in Hyundai’s product portfolio with a lower starting price and a smaller engine too. But in this article we’ll be looking at how the Santro and Grand i10 differ in terms of size and space. Let’s find out. 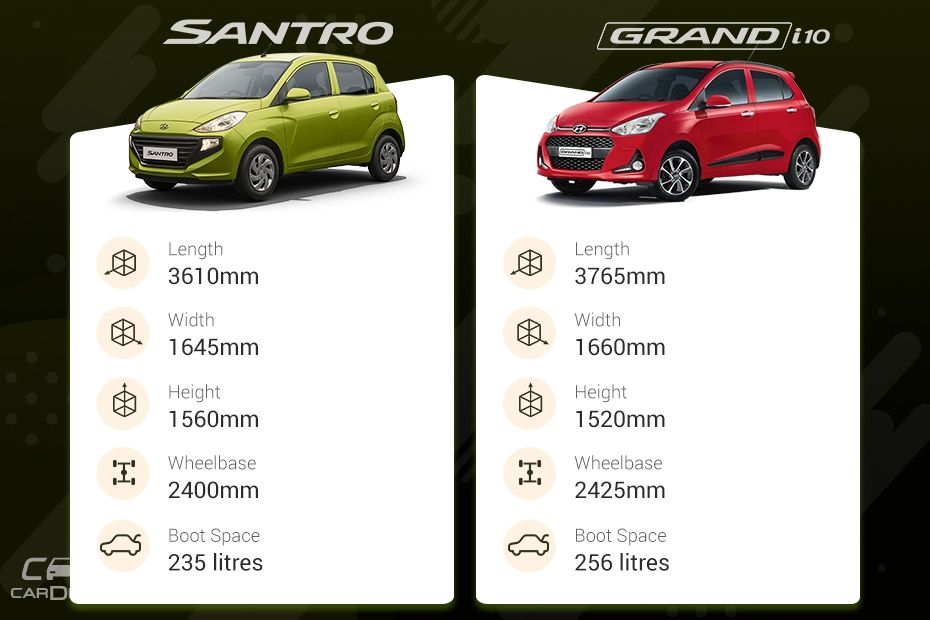 The Grand i10 is unsurprisingly bigger than the Santro - 155mm longer, 15mm wider and the wheelbase is 25mm longer as well. The smaller Santro is a ‘tallboy’ and is 40mm taller than the Grand i10. In terms of boot space, the Grand i10 offers an extra 21 litres as compared to the Santro.

With the exterior size difference settled let’s move on to the difference in interior space. Here’s what the numbers say:

The front cabin of the Grand i10 is wider and, as a result, it’s got a wider set of seats too. But other than that, there's no real advantage that the Grand i10 has in terms of interior space for front passengers. The Santro not only offers better legroom and kneeroom for front occupants, but its seat base length is also longer, and that can result in slightly better under-thigh support. The Grand i10’s seat base height is more than the Santro’s, so you sit more upright. This fact is a little surprising since you should ideally be sitting higher up in the Santro as it’s a taller car. 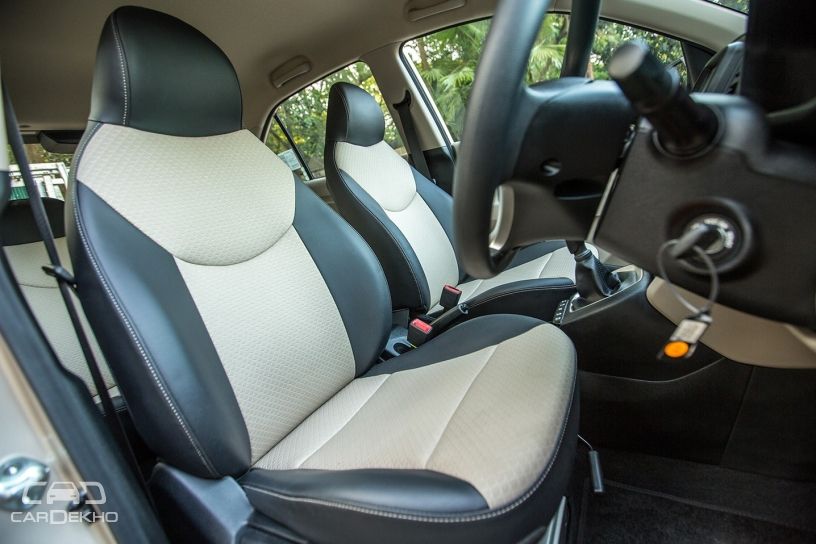 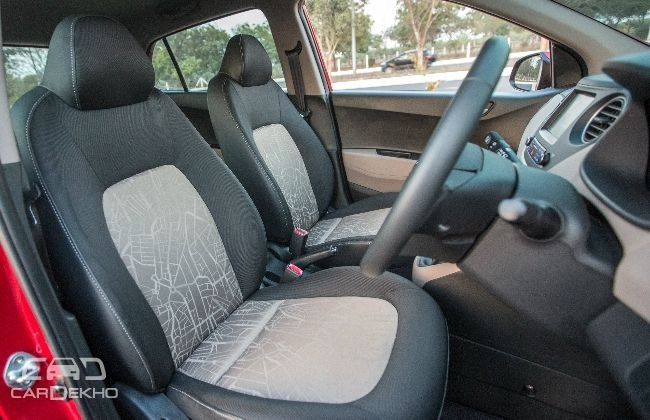 Moving on to the back seats of these hatchbacks, the measurements offer a couple of surprises. The sloping roof line of the Grand i10 means it has 20mm less headroom at the back. And despite being wider on the outside, the Grand i10’s cabin offers less shoulder room compared to the Santro. 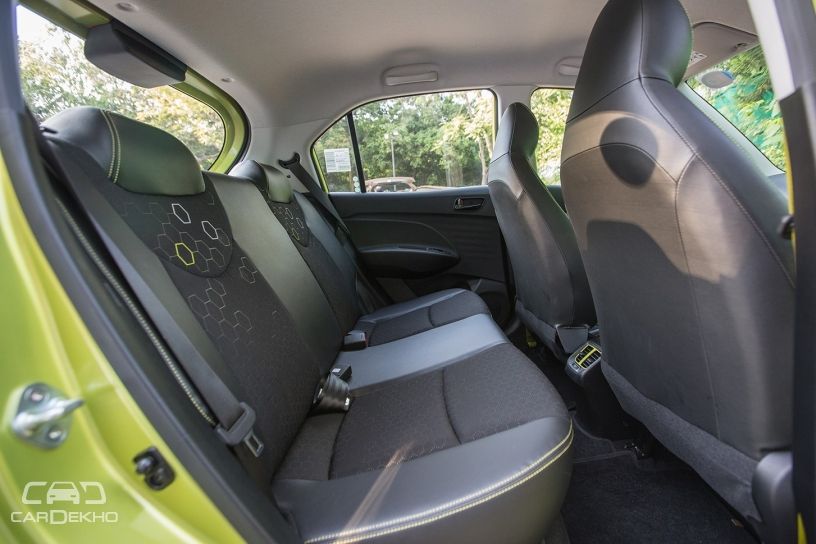 At 40mm, the floor hump is the same height in both cars, but the Santro’s floor hump is wider which might make it difficult for someone sitting in the middle of the back seat. The rear seat is the same width in both the cars but with a longer seat base length, the Santro might offer more under-thigh support. Rear seat height is also higher in the Santro, which would make for a more upright seating position in the smaller Hyundai. 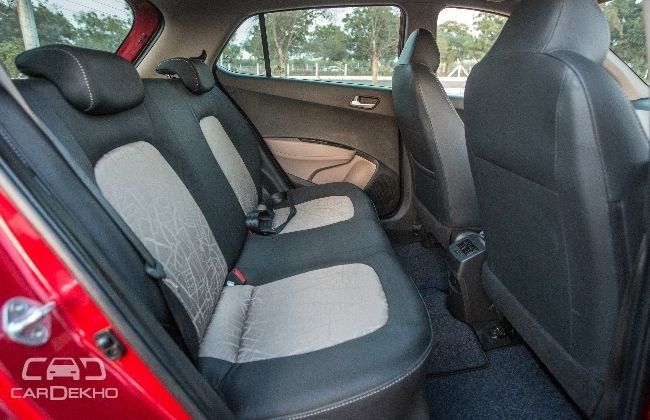 Overall, the Hyundai Grand i10 is bigger than the Santro on the outside, but you realise how well Hyundai has managed to engineer the smaller Santro on the same platform as the Grand i10’s when you sit inside. With bigger dimensions, the Grand i10 might make you feel like sitting inside a bigger car, but it’s the Santro that you would want to pick if interior space is what matters to you. To find out which variant of the Santro you should pick, head to our variants explained story of the Santro.

You can read the full specification comparison between the Santro and Grand i10, read it here.