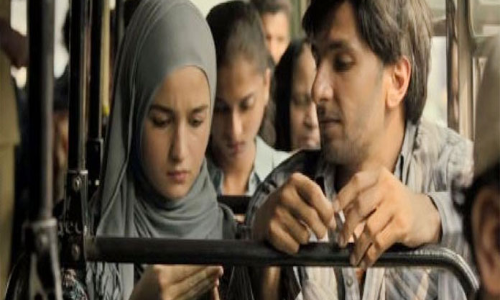 This might be an incongruous analogy, but Zoya Akhtars Gully Boy is like those pictureinpicture debates you see on primetime news, but in a good way

This might be an incongruous analogy, but Zoya Akhtar's "Gully Boy" is like those picture-in-picture debates you see on prime-time news, but in a good way. There is a central story with many windows open at once, essentially leading to the main plot, but also alive in their own way, thus making the big picture seem that much more textured and vibrant.

Set in the cramped alleys of Dharavi, one of Asia's largest slums, "Gully Boy" is Akhtar's most accomplished work yet. It's an underdog story that she and co-writer Reema Kagti layer with many themes - from Mumbai's underground hip-hop scene, to the inherent class divide in the city. All this is told through the coming-of-age story of Murad (Ranveer Singh), who is perhaps the most rooted and real Bollywood hero we've seen in a while.

Murad lives in Dharavi, in cramped quarters that he shares with his parents, younger brother and grandmother. Life isn’t easy. His father is abusive and brings home a second, much younger wife. Murad barely scrapes through in college, and as he sees during a stint as a driver for a rich family, the chasm that exists between the haves and the have-nots seems insurmountable.

The only bright spots in his life are his childhood sweetheart Safeena (Alia Bhatt) - a feisty, often temperamental girl who stands by him like a rock - and the poetry he writes in a grimy old notebook, channeling all his frustrations into words.

But when he meets MC Sher (Siddhant Chaturvedi), a rapper who has also risen from the streets, Murad's life changes. Sher takes him under his wing, encourages his art and introduces him to the world of underground hip-hop - a place where only talent matters, not where you come from. Murad slowly finds his voice and discovers that his art has takers, including Sky (Kalki Koechlin), an affluent music aficionado who might be his ticket to the big league.

But circumstances and reality seem to hold him back. "You have to calibrate your dreams to what your reality is," his father (played compellingly by Vijay Raaz) tells him in one pivotal scene. "No", Murad replies, "I will adjust my reality so that it matches my dreams". It might seem naïve, but director Akhtar makes you want to believe in this tale.

And while Murad's story is the one the film wants to tell, Akhtar doesn't do injustice to the other characters connected to him - Murad's tender-yet-volatile love story with Safeena, or his mother's frustration with her husband's second wife, and the young rapper's bonding with Sher. All the characters are wonderfully etched, and Vijay Maurya's dialogue is razor sharp, with liberal doses of Mumbai street slang.

Not that there aren’t flaws in the film. Kalki Koechlin’s character was unnecessary. And at 155 minutes, the film is 30 minutes too long, taking the winding route to the inevitable conclusion of every underdog story.

"Gully Boy" is not just creatively superior, but technically sound as well. Right from the pulsating music, Jay Oza's wonderful cinematography and the production design, this is a film that looks as good as it sounds. Akhtar's also blessed with a cast that can do all the heavy lifting that the script requires.

Debutant Siddhant Chaturvedi is a revelation as Sher, giving Ranveer Singh a run for his money in almost every scene they are in. As Safeena, Alia Bhatt is dynamite - a true example of an actor who is innately talented and willing to work hard at honing that talent. She gets better with every film and leaves an indelible mark in one that’s not about her.

"Gully Boy" is about Ranveer Singh and he hits it out of the park. This is an immersive performance - he gets the body language, the accent and the character just right. Here is an actor at his peak and Akhtar's film is proof of that. His time (as a song in the movie goes) has come, and it is now.