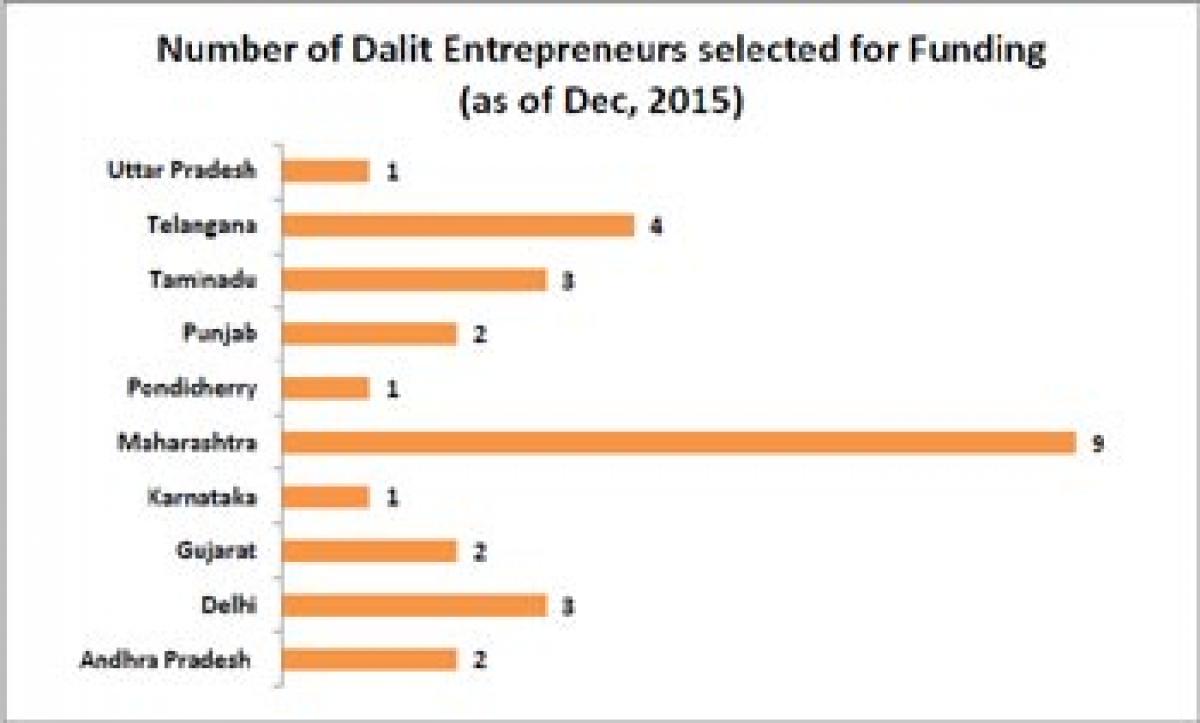 It may be surprising but BJP and Congress are on the page when it comes to dalit entrepreneurs.

Hyderabad: It may be surprising but BJP and Congress are on the page when it comes to dalit entrepreneurs. While the Congress Finance Minister P Chidambaram had announced and NDA government had set up a ventuer capital fund for promoting dalit entreprenuers in January 2015 with a corups of Rs 200 crore.

According to Rakesh Dubbudu, in his artical 'Encouraging Dalit Entrepreneurs' published in Factly.in, the fund was, so far, sactioned to the extent of Rs 104.7 crore for 28 dalit entrepreneurs. "The venture capital fund would select those projects that have at least 60% stake holding by Scheduled Caste entrepreneurs for the past 12 months with management control."

He said, till December 2015, about 28 projects were sanctioned funding, while the fund size ranging as low as Rs 0.52 crore to as high as Rs 15 crore. While Telangana has 4 and Andhra Pradesh has 2 dalit entrepreneurs whose projects were selected for funding.

There is equal distribution among manufactruing and services projects as 13 are from manufacturing and 12 from services sectors and remaining three are in solar power generation. Interestingly, three out of four healthcare sector belongs to ayurvedic medicine manufacturers while remaining one belongs to genertic grug manufacturer. (Courtesy: Factly.in)