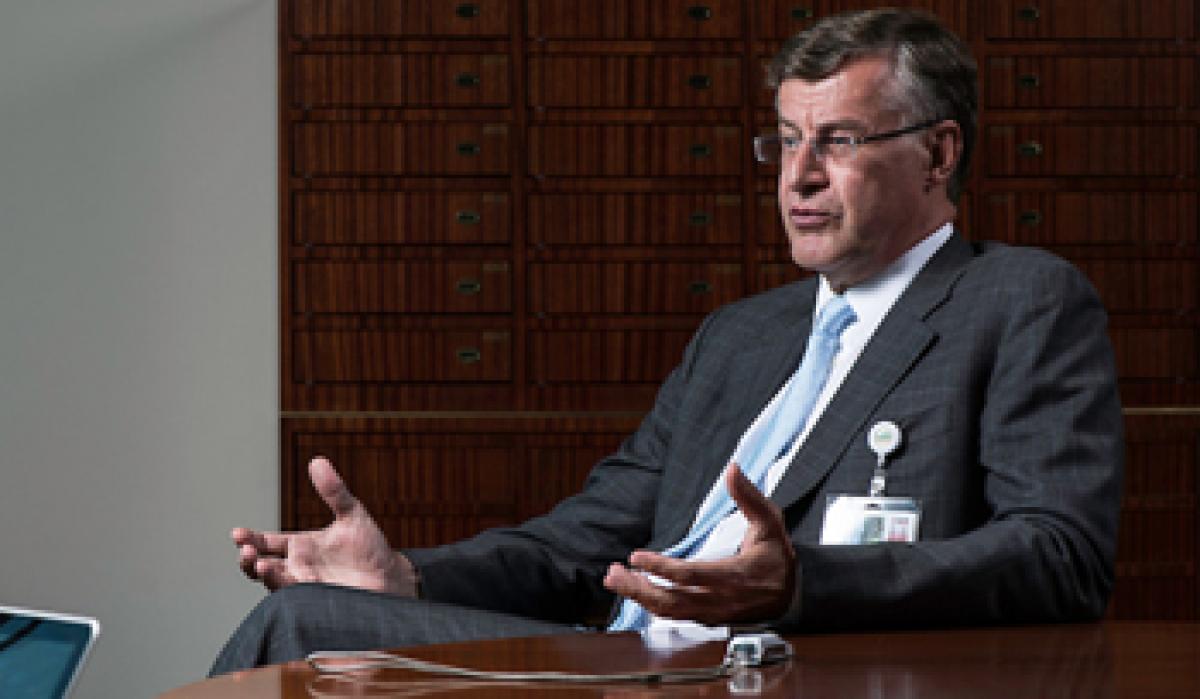 The global pharma major, Ferring Pharma, is planning to enter Telangana state with an overall investment in the range of $100 to $250 million and proposes to set up state-of-the-art research and development centre.

Hyderabad: The global pharma major, Ferring Pharma, is planning to enter Telangana state with an overall investment in the range of $100 to $250 million and proposes to set up state-of-the-art research and development centre.

Speaking to Chief Minister K Chandrashekar Rao, the company’s Chairman Frederik Paulsen said, “We would like focus on R&D centre in the state.” He met Rao along with India operation head Dr Ashok Alate here on Monday.

Responding to their gesture, Rao assured them all the support in setting up of the proposed research centre. He further informed them that the state government is planning to establish a Pharma University in the state, besides the one being proposed to be set near Hyderabad.

Interacting with the two-member delegation of Ferring Pharma, Rao said that the bulk drug production in Hyderabad is almost one-third of the nation’s total production and in the processes it is causing lot of pollution to the city.

“We are taking various measures to reduce and tackle pollution problem in the proposed city,” Rao explained. He further informed the visiting executives that the State is also developing a Pharma City which is expected to attract various pharma units to be housed at one place in order to overcome the problem of pollution.

The government has undertaken a study as to how the pharma production is to be managed in Scandinavia, European countries and United States and working out to adopt the best practices prevailed elsewhere.

Explaining about the proposed pharma city, the Chief Minister said that the city will have separate townships with common treatment plant. The company officials said that they are interested in setting up a Research and Development Centre in Telangana which will be of zero discharge and no pollution is allowed to go outside the unit and it will be treated with in the premises only.

They also said the process will not use toxic chemicals and it would be producing safe and life-saving drugs used in super specialty hospitals.
Ferring Pharma has nine plants worldwide in countries like Argentina, China, Czech Republic, Denmark, Germany, Israel, Mexico, Scotland and Switzerland besides nine R&D Units in other countries.

They have two plants in Maharashtra and now would like to establish in Telangana. The Chief Minister handed over a copy of TS-iPASS Policy and told them that so far 82 companies have been given approvals within 15 days of their online application.