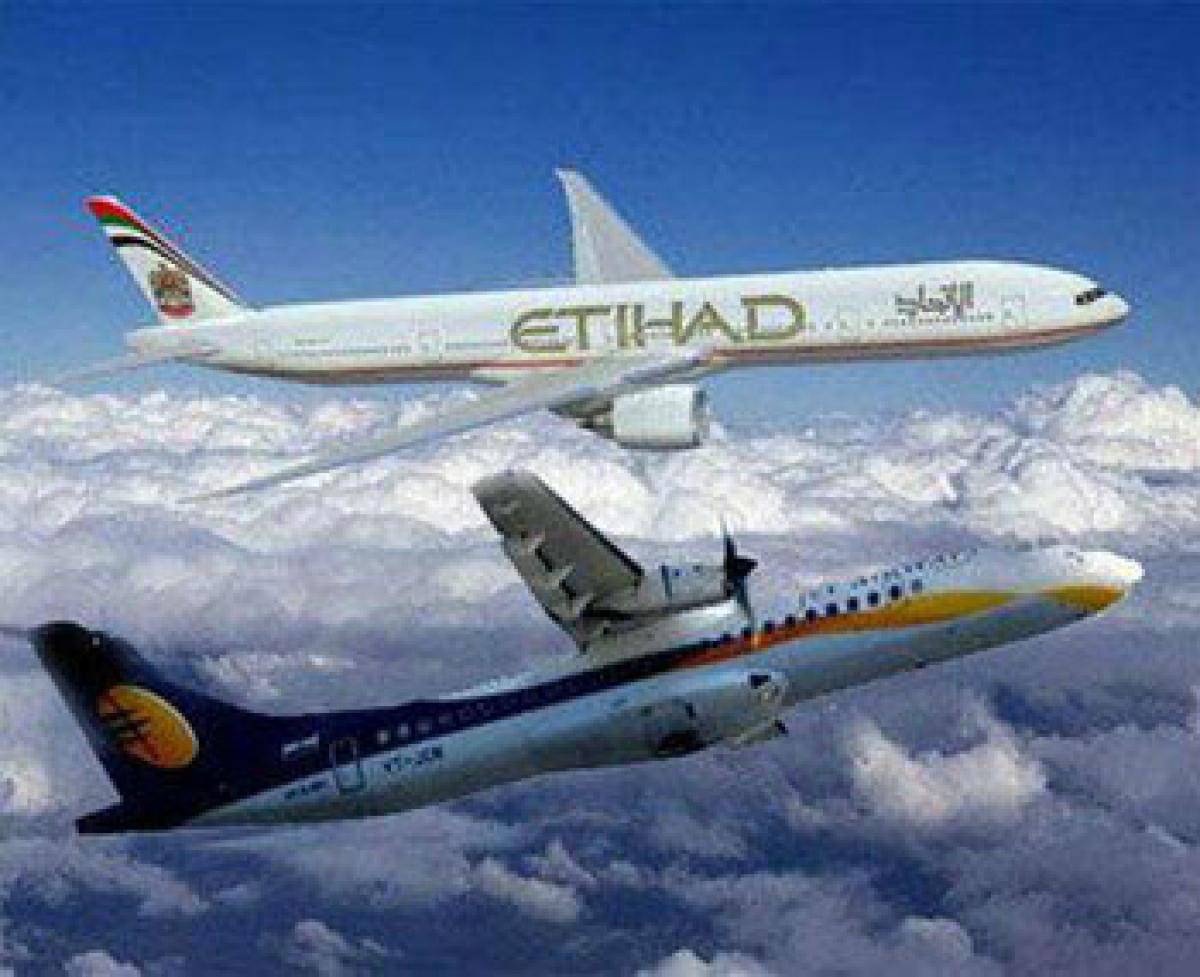 Etihad Airways along with partner Jet Airways has carried a record 3.3 million people between Abu Dhabi and India in 2015, registering a 63 per cent growth in passenger traffic.

Hyderabad: Etihad Airways along with partner Jet Airways has carried a record 3.3 million people between Abu Dhabi and India in 2015, registering a 63 per cent growth in passenger traffic.

Together, the airlines carried a record 3.3 million passengers between Etihad Airways’ Abu Dhabi hub and India in 2015, representing a sharp rise on the 2 million flown during the previous 12 months, the airline said.

“Bilateral relations between the UAE and India continue to grow based on years of friendship and deep commitment to strengthen economic, cultural and trade ties.

With Etihad Airways and Jet Airways together offering over 44,000 seats each week between Abu Dhabi and India, we are clearly are a key contributor to India’s dynamic economy,” said James Hogan, President and Chief Executive Officer, Etihad Airways.

There is further room to grow and we are looking at the many opportunities that exist to develop our operations, he added. Our investment in Jet Airways was aimed at being part of the Indian success story.

Before the Jet deal, Etihad Airways carried only two per cent of the international traffic to and from India. We have helped bring Jet Airways back to profitability, he further said.

Etihad operates 175 flights each week to and from 11 Indian gateway cities. The combined networks of Etihad Airways and Jet Airways offer over 250 weekly flights between Abu Dhabi and 15 cities across India.