No mechanism to ensure reality firms file their taxes: CAG 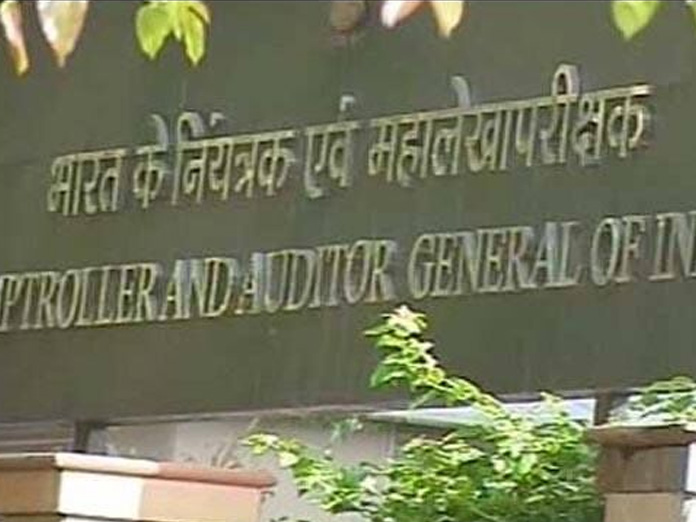 ​New Delhi: A CAG report tabled in Parliament on Tuesday said the Registrar of Companies did not have information about PAN of 95 per cent of the real estate companies.

Registrar of Companies (RoC) maintains database of all companies that register at the time of incorporation. Companies are required to file annual returns with RoCs. Form MGT-7, prescribed in the Companies (Management and Administration) Rules, 2014, requires a company to file its annual report mentioning its Permanent Account Number (PAN) compulsorily.

CAG said it could obtain the details of companies dealing in real estate sector from RoCs in 12 states only.

"RoCs did not have information about PAN in respect of 51,670 (95 per cent) of a total of 54,578 companies for which data was made available to Audit," said the Comptroller and Auditor General of India (CAG) report.

The report contains significant results of the performance audit on 'Assessment of Assessees in Real Estate Sector' completed by Department of Revenue (Direct Taxes) during financial years 2013-14 to 2016-17.

The official auditor further said it "was difficult" for Audit to ascertain from the information obtained from RoCs whether the companies were in the tax net of Income Tax Department (ITD) or not except in case of Andhra Pradesh and Telangana where Audit could identify PAN in respect of 147 companies.

It said the Audit attempted to ascertain whether the companies in RoC data with PAN were regular in filing their income tax returns (ITRs). In respect of 840 companies with PAN coming under selected assessment charges, "we noticed that 159 companies (19 per cent) were not filing their ITRs," it added.

CAG said it "can be concluded" that there is no mechanism with ITD to ensure that all the registered companies have PAN and are filing their ITRs regularly.

CAG recommended that the Central Board of Direct Taxes (CBDT) and corporate affairs ministry may have an arrangement "where there is an interface between ITD and RoC so that when a company is registered with RoC, the application for PAN is submitted automatically with ITD".

Also, when PAN is issued to the newly incorporated company, it should be automatically sent to RoC Systems for updation. "Further, the companies should be compulsorily required to submit a copy of acknowledgement of ITR while furnishing their annual reports in Form MGT-7. This will ensure that companies file their ITRs and at the same time the data of RoC will be in sync with that of ITD," the CAG recommended.

The report said CBDT has stated that system of applying for PAN at the time of applying for registration of a company is already in vogue. CBDT agreed (in July 2018) to examine the feasibility of requiring a company to compulsorily submit a copy of acknowledgement of ITR while filing annual report in Form MGT-7, it added.

Out of total 78,647 assessments, the CAG checked 17,155 assessment records (about 22 per cent) with assessed income of Rs 1,02,106 crore during this performance audit. "We noticed 1,183 mistakes (approx. seven per cent of the audited sample) having tax effect of Rs 6,093.71 crore, thus causing loss of revenue to the government," it said.

CAG said since a sample of 22 per cent has yielded errors of Rs 6,093.71 crore, ITD needs to have the remaining 61,492 cases audited internally. The tax department also needs to try to pin down the reasons for why there is such a substantial proportion of errors and fix the identified systematic faults and responsibility where the errors have happened as an act of commission, it added.

CAG also said the system in ITD to ensure compliance of filing of ITRs by the sellers of high value immovable properties was not effective. Also, ITD was not effectively using other third-party data to widen its tax net.