Can Puli make as much money as Baahubali? Can Puli Make As Much Money As Baahubali?. SS Rajamouli\'s magnum opus Baahubali was big in every way-star cast, sets and most importantly collections at the Box Office. If there\'s one movie which comes close to that, it is chimbu Devan\'s Puli which is all set to hit theatres today.

SS Rajamouli's magnum opus Baahubali was big in every way-star cast, sets and most importantly collections at the Box Office. If there's one movie which comes close to that, it is chimbu Devan's Puli which is all set to hit theatres today. 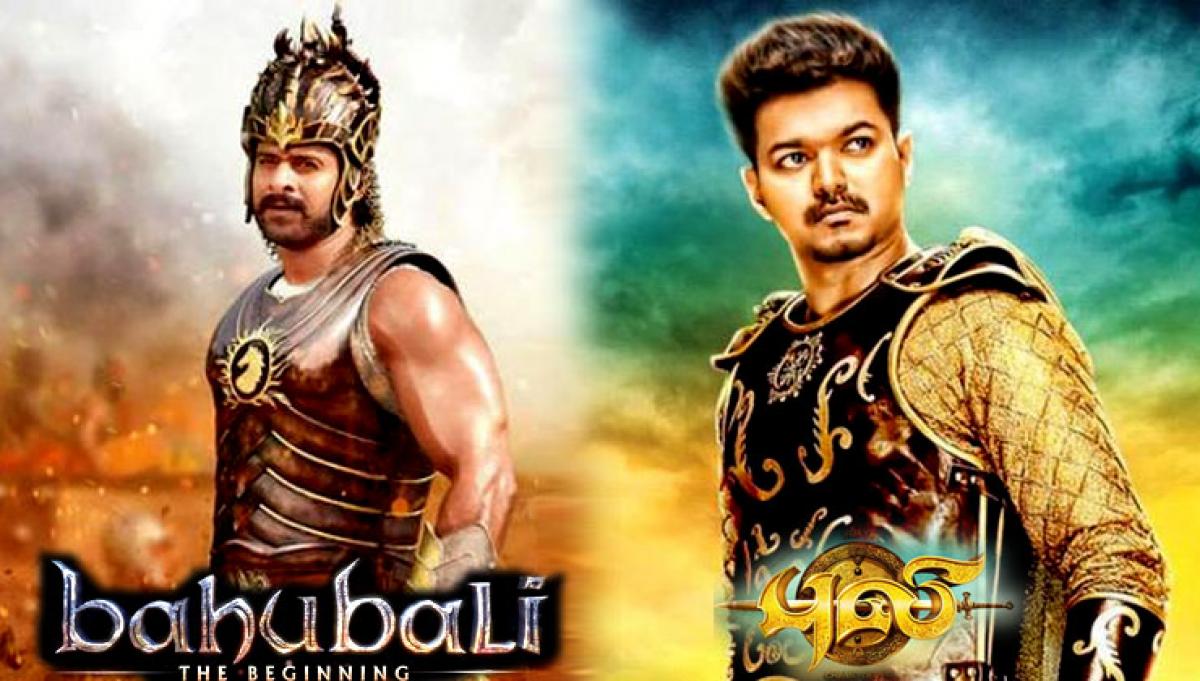 Puli too boasts of an impressive star cast-Illayathalapathy Vijay in a never before seen avatar, yesteryear actress Sridevi who's making a comeback to Kollywood after nearly three decades, Kannada actor Kichcha Sudeep who will be seen in a negative role and pretty ladies Hansika Motwani and Shruti Haasan.

It's a known fact that Baahubali collected Rs 100 crore from Hindi version alone. The total collections so far has been estimated to be about Rs 600 crores and the film is still having a good run in theatres.
Puli too is a multi-lingual and released simultaneously in Tamil, Telugu and Hindi. While Baahubali had war sequences, vijay is said to be a family entertainer, a fantasy drama with loads of romance and action.
Baahubali was well received by the Hindi audience despite the fact that most actors were from South. The biggest plus in Puli would be the presence of Sridevi.
It's a known fact that Sridevi enjoys a huge fan following not only down South but also up North as she's a Bollywood star.
Puli will release in over 3000 theatres worldwide. It now remains to be seen if the film can rake in as much moolah as Baahubali did at the Box Office.
Show Full Article
Email ArticlePrint Article
More On
Download The Hans India Android App or iOS App for the Latest update on your phone.
Subscribe
Subscribed Failed...
Subscribed Successfully...