Of predictable twists and turns 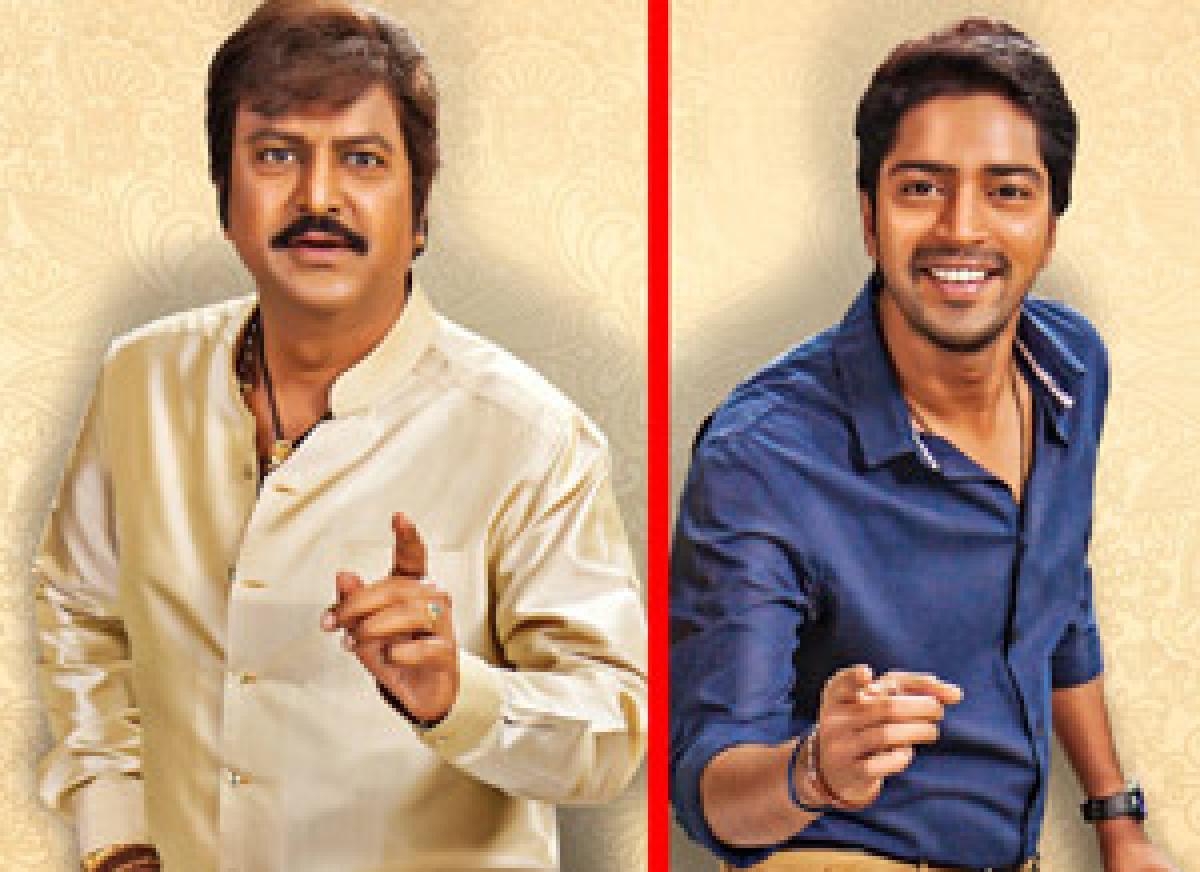 Just 10 minutes into the narrative and you will know the film, a supposed situational comedy, revolves around Bhakthavatsala Naidu (Mohan Babu), a man in a quandary, who is married to two different women – Priyamvada (Ramya Krishna) and Suryakantham (Meena). No, he isn’t a player.

Just 10 minutes into the narrative and you will know the film, a supposed situational comedy, revolves around Bhakthavatsala Naidu (Mohan Babu), a man in a quandary, who is married to two different women – Priyamvada (Ramya Krishna) and Suryakantham (Meena). No, he isn’t a player. He is, in fact, a righteous guy, who had to change his marital status to fulfill the moral obligation of Priyamvada’s father. Both his wives are unaware of each other’s existence until fate brings them under one roof.

Wait! There is a sub plot too - Varun Sandesh falls for Poorna over a telephonic conversation and they decide to meet. They are clueless that they share a brother-sister bonding. Learning this, Bhakthavatsala Naidu asks Balaraju (Allari Naresh) to go in disguise of Varun. And its love at first sight for Balaraju, who Poorna mistakes for Varun. And then all hell breaks loose.

Srinivass Redde’s films are a genre unto themselves, relying predominantly on humour factor. Low on content — this film leans heavily on melodrama woven between two families. Amid low-key comedy of errors, multiple tracks and befooling of characters, each thread of the plot is unveiled – not engaging though. The film, except for Allari Naresh-Varun-Poorna track, is pretty much on the lines of Mohan Babu’s yesteryear box-office smash ‘Allari Mogudu’.

Guess the director wanted the audience to sympathise with the protagonist but his character is neither effectively written nor does his concern is reflected in a comical way. The leeway to let melodrama take center stage, doesn’t quite work, eventually making the turn out to be a mishmash of a few films. The title suggests the film to be quirky comedy but half-way through, as multiple layers emerge, several scenes in the second half seem inconsequential to the plot. However, the unraveling of events in the climax might appeal to the galleries.

The film scores as far as performances are concerned, especially from Mohan Babu. He walks away with the best lines and does complete justice to his role. His comic scenes with Ismail (Ali) and Krishna Bhagavan take the cake. Allari Naresh goes through his job effortlessly.

However, what puts a break on the potentially quirky laughter ride is its predictable story and lack of touching scenes to feel sorry for the protagonist. Ineffective writing and a tedious execution mar the intent. Overall, the characters are crazy enough to only a certain extent to amuse you, with their shenanigans.