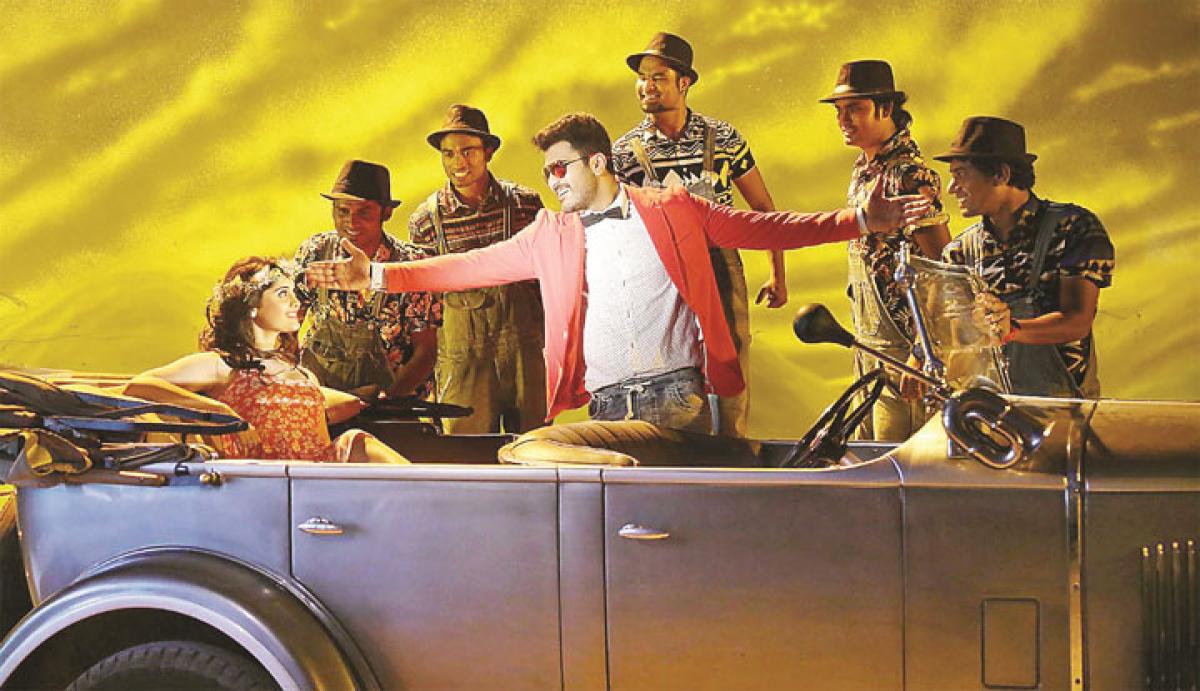 How far can one go to satiate the enthusiasm for doing things differently? For Telugu film directors, eternally under stress to present something novel, anything goes, it seems.

Hyderabad: How far can one go to satiate the enthusiasm for doing things differently? For Telugu film directors, eternally under stress to present something novel, anything goes, it seems. Even if it means, in their commercial venture, eve-teasers and evildoers are given a solid bashing, using among other things, an Advanced Oxford Dictionary, known for its hardbound cover and thick volume. Surprised? This is what is shown in a recent Telugu film - Express Raja- , one of the few released during the last festival weekend.

Specifically speaking, among the four recent Sankranti film releases, the Sharwanand- Surbhi starter ‘Express Raja’ was carrying the least expectations, prior to it hitting the theatres. As the festive weekend came to an end on Sunday, it looks that this sitcom of a film has found tremendous support among the young and family audiences. It has also held its own, despite getting a lesser share of the single and multiplex screens when compared to the Nandamuri biggies and the Akkineni Nagarjuna double-role film. So far so good.

In the film, initially, the hero is shown as a desperate dictionary salesman, who tries to woo the heroine into buying one and noticing his unabashed love. The heroine, however, has her own ideas. She buys a copy from the hero and “voila” swings it around to beat the eve-teasers who torment her to pulp. Not only this. The hero keeps tearing away pages containing specific letters (no prize for guessing it adds up to I Love You!) and sends it to the neighbouring fast food seller to wrap their food items with.

This is also to make his ladylove return to him again and again to seek a replacement of the copy. Soon enough, the heroine, by now love-smitten, tears up a few more from her side and confirms her feelings. From here, the film goes off on its mindless sitcom sequences, till the dictionary makes a return. This time, it is the hero who uses to bang it on the villain’s head, in the climax, sending him sprawling! ‘If you use a dictionary to hit somebody, it really is a deadly blow.

We all have faced it when we were students’ says the director Merlapaka Gandhi, speaking to The Hans India, unmindful of the trivialisation that he has done to a global brand. Affirming that it is not any in-film placement of the product, he says it is just a different take to entertain the audience, basking in the adulation that his recent release has received from the public. When contacted, Oxford University Press spokesman Amit Gupta, the Head of Corporate Communications, also confirmed that they have not officially entered into any commercial arrangement with this film.

‘I am surprised that they have done this’ was what Gupta had to say, having had no opportunity to see the film in the first place. Gupta also promised to look into the issue by asking his Hyderabad office to report on the matter at the earliest. All the same, with Hinglish and Indianised forms of English dominating the country’s social discourse, thick dictionaries are surely not for fatheads, that commercial cinema patrons usually are, one surmises.