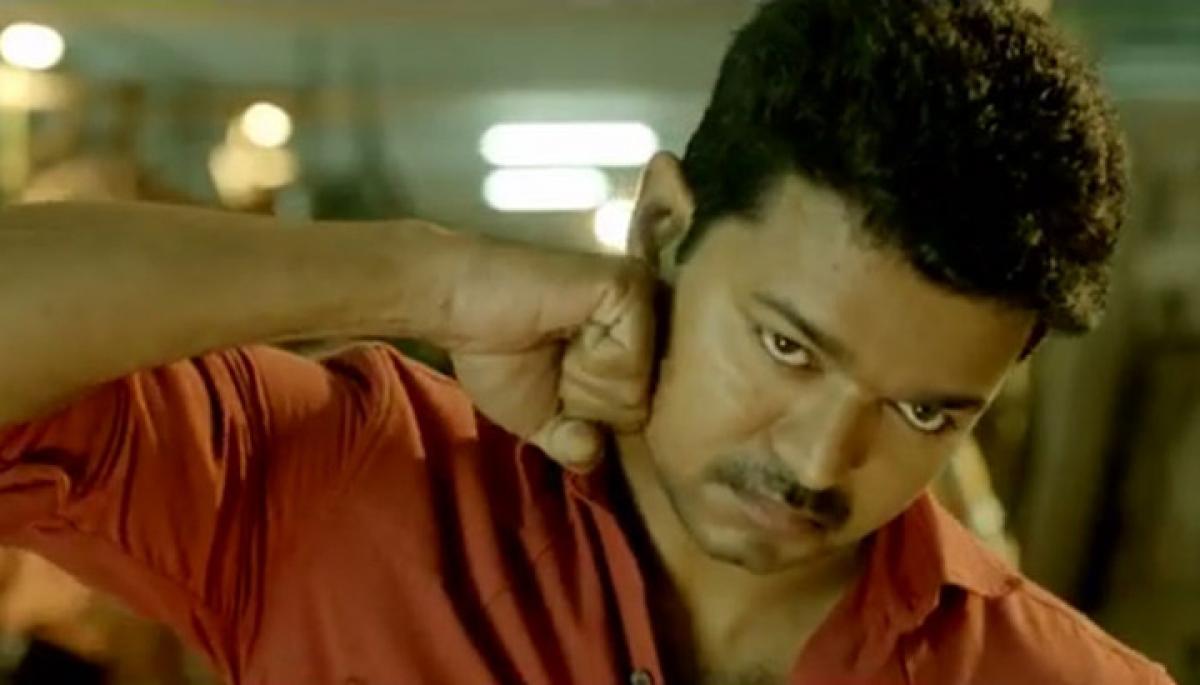 After a long time, Telugu producers are making a beeline to buy remaking rights of Tamil hits with a hope to score box office hits. With Telugu movie buffs shunning routine entertainers, the producers are eyeing Tamil hits as they are known for their freshness, energy and high technical values.

Hyderabad: After a long time, Telugu producers are making a beeline to buy remaking rights of Tamil hits with a hope to score box office hits. With Telugu movie buffs shunning routine entertainers, the producers are eyeing Tamil hits as they are known for their freshness, energy and high technical values.

The filmmakers are spending anywhere between Rs 50 lakh and Rs 1.75 crore to procure remake rights of Tamil blockbusters. Even megastar Chiranjeevi has chosen a Tamil film ‘Kaththi’ to stage a comeback to the big screen and his son Ram Charan Tej is also banking on the remake of Tamil film ‘Thani Oruvan’ to revive his winning streak.

Indicating the trend, 2016 is beginning with ‘Speedunodu’, which is the remake of Tamil film ‘Sundara Pandian’. Bellamkonda Srinivas is playing the protagonist and set to be released on February 5. “It could lead to a revival of the trend to remake Tamil films,” according to director Bhimaneni Srinivasa Rao, who is known as the remaking specialist and had hits like Suswagatham, Annavaram and Suddigadu to his credit.

“Remaking a Tamil film is a tough job since we have to make a lot of changes to suit the sensibilities of Telugu audience and yet retain the essence of the original. It is almost like doing it from the scratch,” he explained. “I do proper official remakes, while a few rip them off unethically, never mind, I am happy in my space. Surely, there was a slump in Tamil remakes since even Tamil industry was facing the crunch of novel plots these days,” he added.

Even director Surendar Reddy is revising a Tamil script ‘Thani Oruvan’ for last few months, to befit the larger-than-life image of Ram Charan Tej. The movie is said to have a continuous mind game between the protagonist and the antagonist. “Surendar Reddy is working with a team of writers to make it more convincing and gripping,” said a source, close to the unit. Similarly, Chiranjeevi, who is quite demanding, has asked his team to rework on ‘Kaththi’ script since it is a tale of a Good Samaritan who fights a rapacious corporate house to protect the lands of gullible farmers.

“Chiranjeevi is also doing a dual role after a long gap. So, he is working on his looks and insisting on a watertight script to cater to his huge following,” added a source. Unmindful of a disaster like ‘Dynamite’ (a remake of Arimannabi), Telugu filmmakers are queuing up to buy Tamil hits. “Most of the T-town writers have turned directors, so there is a dearth of good scripts in T-town. So, there is nothing wrong in procuring rights of a hit Tamil film,” summed up director Srinivas Reddy.