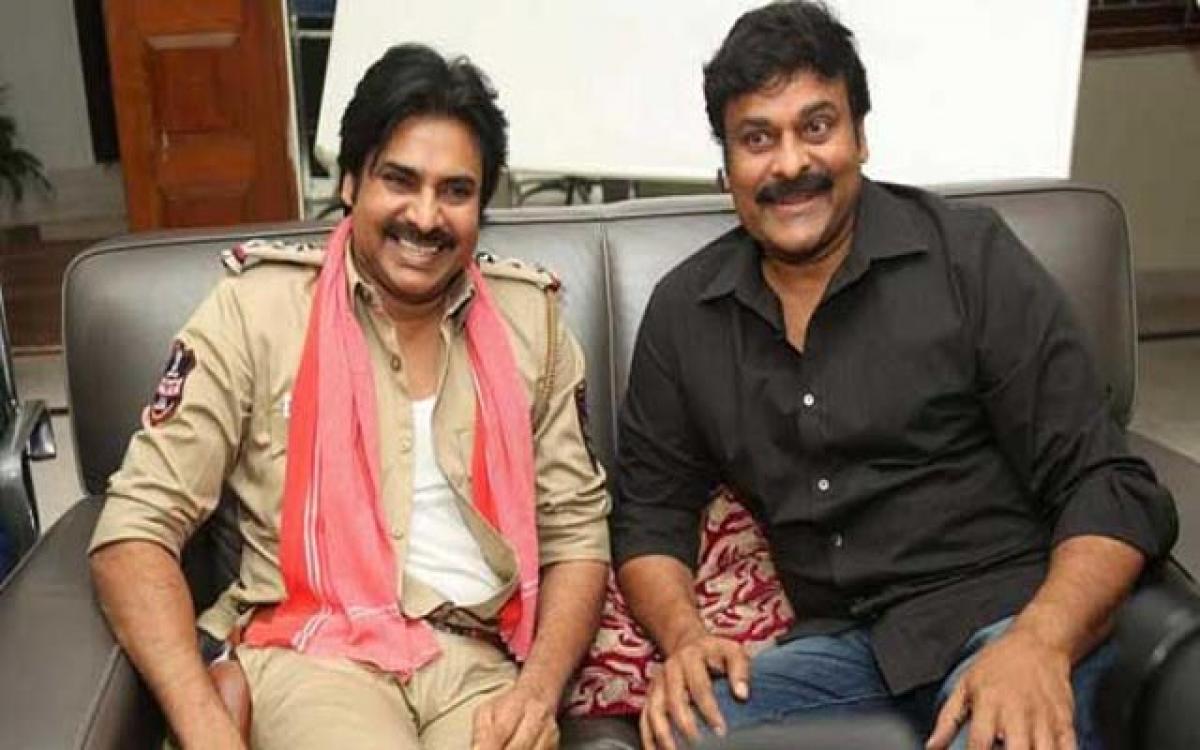 It is a known fact that Power Star Pawan Kalyan stopped attending audio functions of mega heroes long back.

It is a known fact that Power Star Pawan Kalyan stopped attending audio functions of mega heroes long back.

This has led to many rumours and there were reports that the gap between Chiranjeevi and Pawan Kalyan had widened in the recent times. Sources close to the mega family say that Chiru and Pawan Kalyan are in patch up mode and the duo are in touch with each other regularly. Recently, Chiru dropped in on the sets of Pawan's Sardaar Gabbar Singh and had lunch together.

Now, we hear that Chiru and Pawan discussed on various issues including the reports about their differences during their meeting. Chiru reportedly told Pawan that he would attend the audio function of Sardaar Gabbar Singh. It would be a feast for mega fans if both Chiru and Pawan appear on one stage.