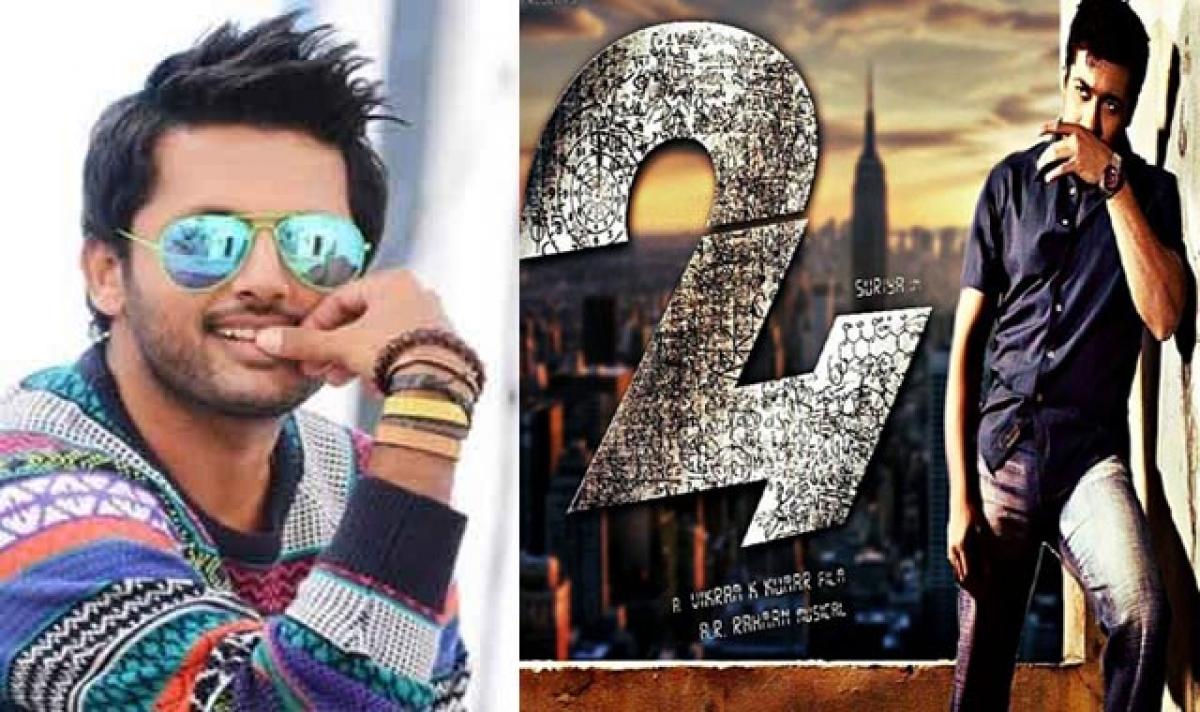 Young hero Nithiin has been missing from the spotlight since Akhil\'s debut movie. The actor who produced Akhil suffered heavy losses after its dismal performance at the box office.

Young hero Nithiin has been missing from the spotlight since Akhil's debut movie. The actor who produced Akhil suffered heavy losses after its dismal performance at the box office.

According to latest reports, Nithiin is now focusing on actor Suriya' s next - 24 for which he bought the Telugu rights at a price of Rs 20 crores. Suriya 's 24 will be competing with Tollywood biggies - Pawan Kalyan's Sardaar Gabbar Singh and Mahesh Babu's Brahmotsavam on April 14.

Meanwhile, Nithiin is currently busy with the movie shoot of his forthcoming movie 'A..Aa' under the direction of Trivikram. For the first time, Samantha will be seen opposite Nithiin in the movie. The movie reportedly has been delayed as Music Director Anirudh Ravichander has quit the project and the makers have now roped in Mickey J Meyer to compose the songs for the movie.