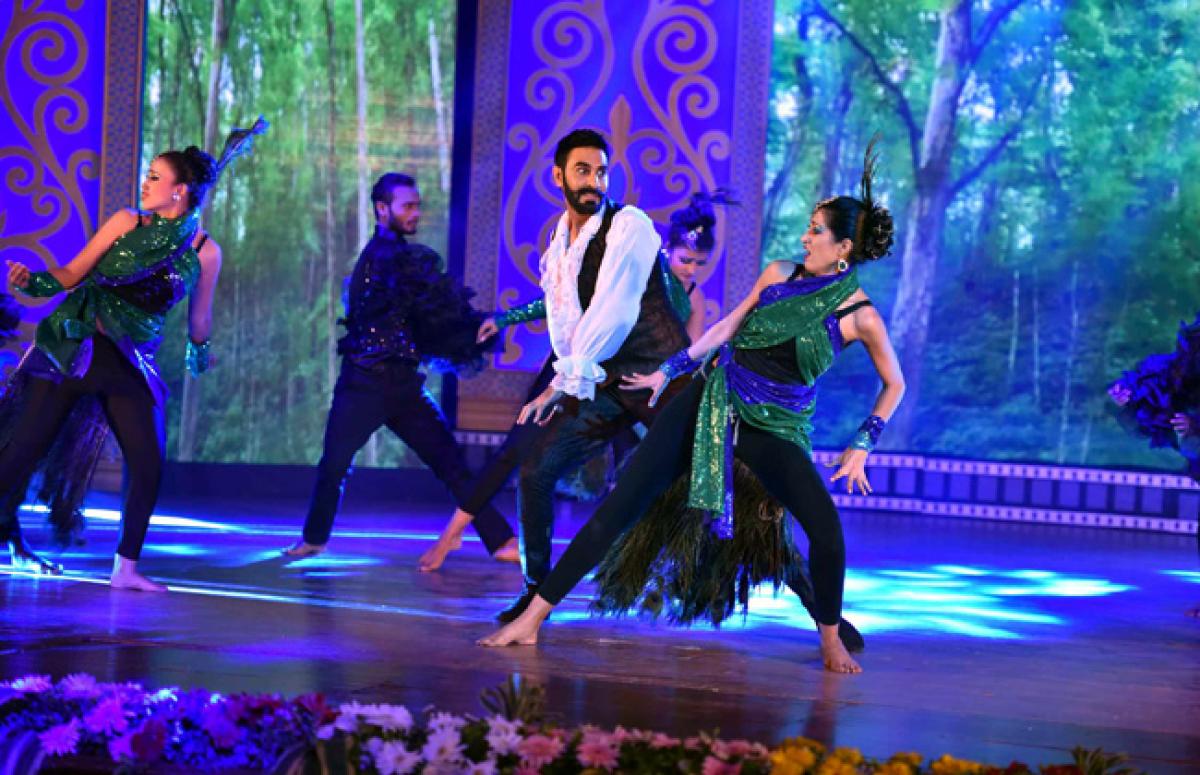 Indians can no longer be proud as a peacock, our national bird is being pushed to the brink of extinction. Poaching, indiscriminate use of pesticides

Indians can no longer be proud as a peacock, our national bird is being pushed to the brink of extinction. Poaching, indiscriminate use of pesticides and lax laws to nab those who kill the peacocks for their feathers, all add up to an endangered peacock population. Indian national bird the gorgeous peacock is struggling for survival, the peacock population is also dwindling fast due to habitat loss.

The performance began with Sandip playing the evil hunter, Jesse waltzed in and stole the show dressed as the gorgeous peacock who is captured and then forcefully made to perform at a bird show and later killed for its feathers only to be having fans made out of it for yet another show. At the end Sandip presented a very emotional scene of the evil hunter's daughter requesting him to show her a live Dancing Peacock. That is when he apologies to one and all for the numerous mistake he had made as a evil hunter. Each and everyone present at the ceremony praised the wonderful concept and initiative that Sandip, Jesse and their team took through this 25 min dance drama.

At the occasion Sandip Soparrkar said, "Jesse and me feel extremely honoured to dance at the opening ceremony of 14th MIFF, dancing a beautiful theme dance about safety of Peacock, in front of so many eminent personalities makes us feel humbled. I am glad as an artist I can not just entertain but even educate."

Actor Aman Verma hosted this beautiful evening of international dignitaries. At the ceremony Mr. Naresh Bedi a renowned film maker was presented with the Dr. V Shantaram Lifetime Achievement Award for his contribution to the world of documentary filmmaking.