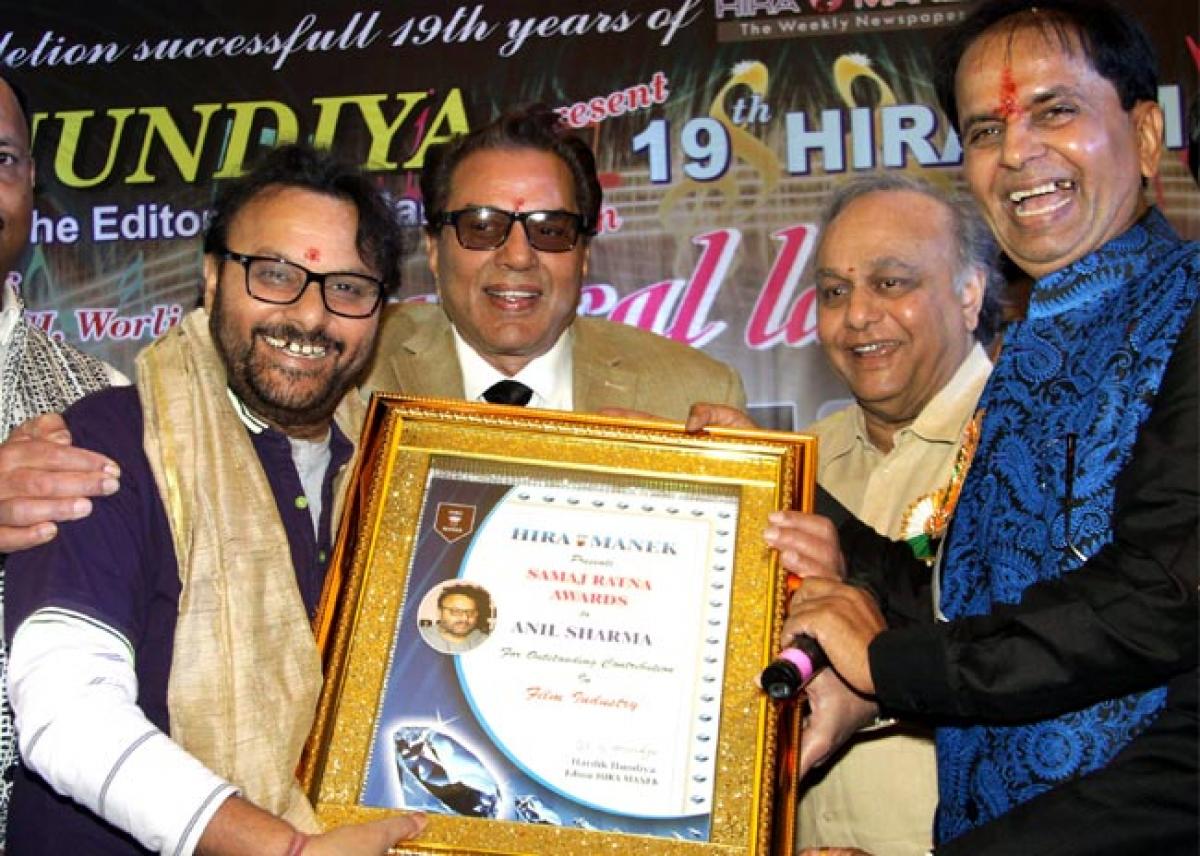 Dharmendra was recently felicitated with the Life Time Achievement Award at the 19th Hira Manek Award. This award has completed 19 years and various celebrities were invited from all walks of life.

The versatile Dharmendra is an actor beyond compare who is probably the only superstar who had an enviable muscular physique along with unparalleled good looks. His action films made him popular and he was labeled as the "Action King" and "He-Man" of the Hindi Film Industry.

Dharmendra was recently felicitated with the Life Time Achievement Award at the 19th Hira Manek Award. This award has completed 19 years and various celebrities were invited from all walks of life. Filmmaker Anil Sharma and Radio announcer Ameen Sayani also got Lifetime Achievement Award for their individual contributions in their own field. Aman Trikha, Swati Sharrma and Sanchiti Sakat were awarded in the music category.

The super talented cricketer from Dombivali , Pranav Dhanawade got Best Sports award. Mishka Jain was given the Best Youngest Child award. The others who received awards were Kirti Azad, Hemlata, Anand Pandit, Bharat Shah ,Raj K Purohit, Deepak Raja, Arvind-Nilu, Inspector Rashila Wadher and many others at this prestigious award function at Worli.

Dharmendra is still young at heart and continues to blaze the screens with his sons Sunny Deol and Bobby Deol. Dharmendra is also promoting his son Sunny Deol’s movie “Ghayal Once Again” releasing at a theatre near you tomorrow.