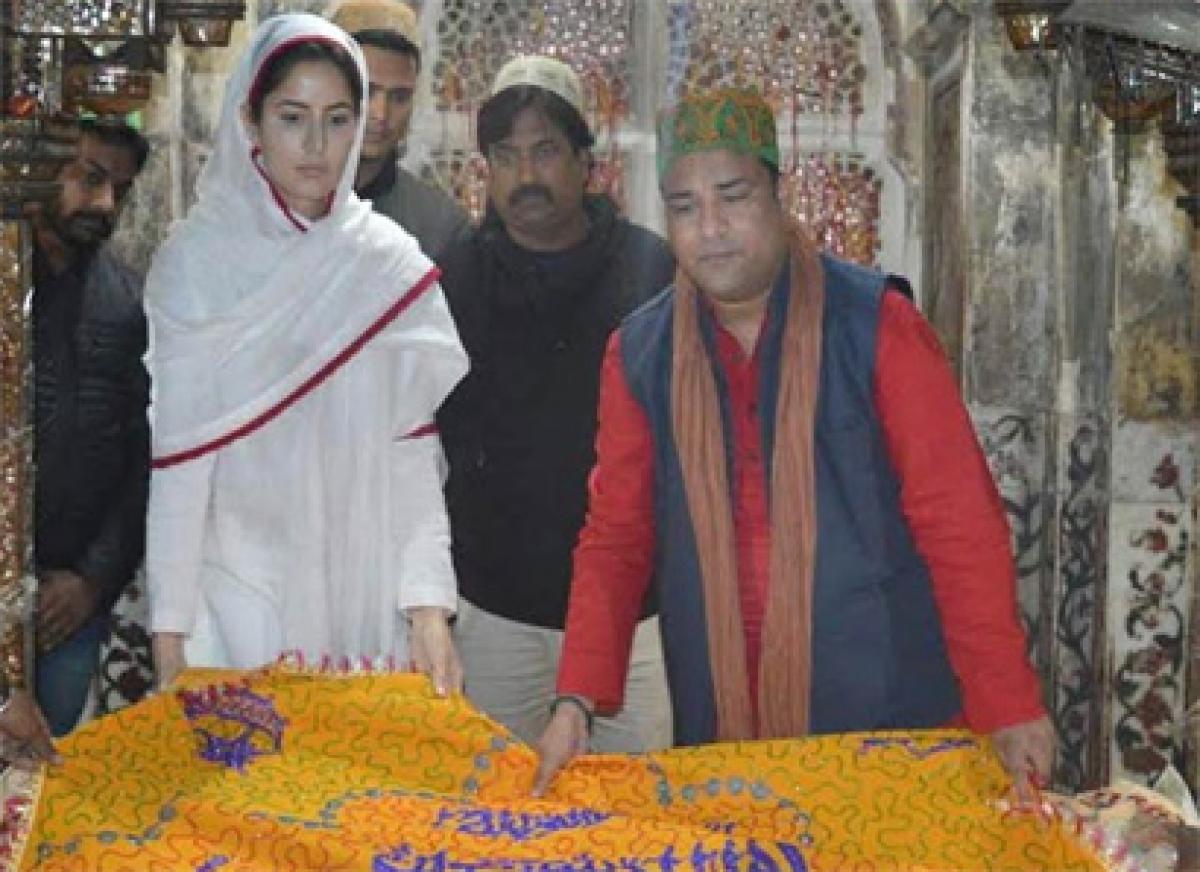 Bollywood star Katrina Kaif early Sunday visited the shrine of Sufi saint Sheikh Salim Chisti at Fatehpur Sikri, 35 km from Agra city.She offered prayers and offered a 'chadar' at the shrine. Local guides said she tied a sacred thread and "prayed for the success of her forthcoming film Fitoor".

Kat earlier visited the shrine before the release of another Hindi movie 'Ek tha Tiger'.Dressed in white, the Bollywood diva arrived before other visitors began to crowd the shrine at Fatehpur Sikri, the deserted capital of Mughal emperor Akbar.