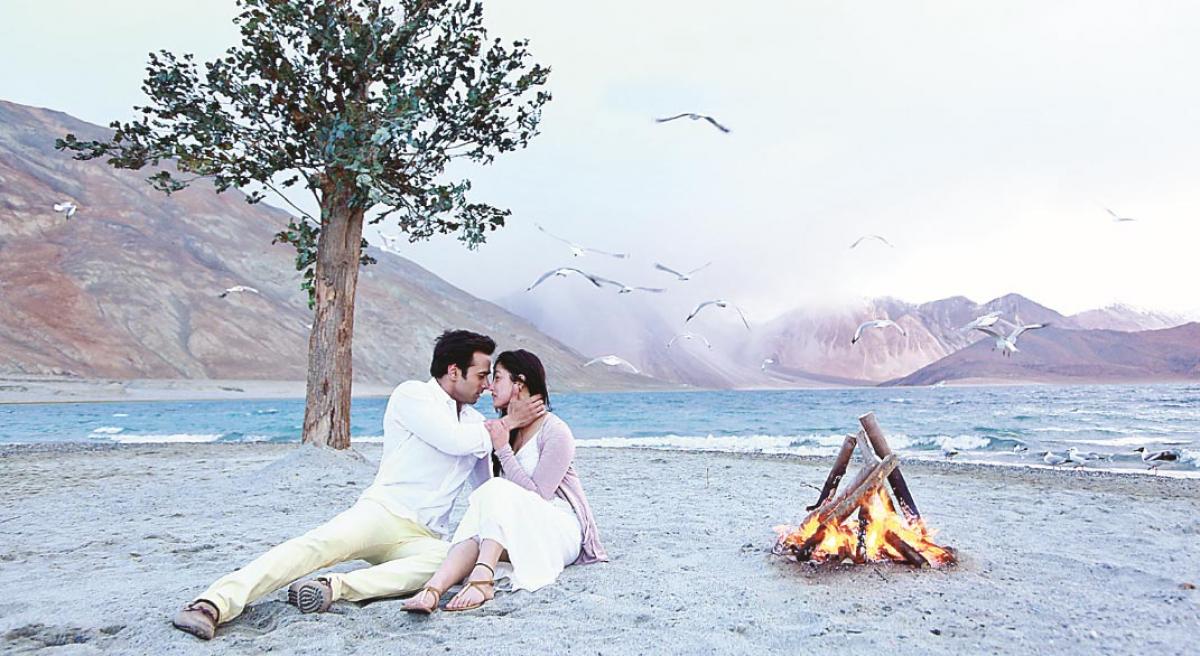 Love stories clearly are the flavour of the season. Divya Khosla Kumar\'s Sanam Re is a love story that centres around the premise of true love and that lovers are born again until they unite in some life. Set in a dreamy, small hill station, Tanakpur, Akash (Pulkit Samrat) is intrigued about love and lovers even as a child.

Love stories clearly are the flavour of the season. Divya Khosla Kumar's ‘Sanam Re’ is a love story that centres around the premise of true love and that lovers are born again until they unite in some life. Set in a dreamy, small hill station, Tanakpur, Akash (Pulkit Samrat) is intrigued about love and lovers even as a child.

His grandfather (Rishi Kapoor), a photographer, who is addressed as Panditji, answers all his queries about love and with his clairvoyant instincts, even predicts that the girl he loves will always be around him but never with him. Years later, after moving to Mumbai for a living, Akash is still restless and in search of the childhood love he had left behind in Tanakpur, years ago.

Pulkit Samrat as Akash, the small town boy seeking true love, is confident and has a decent screen presence. He even essays his character with sincerity. Perhaps his undoing is the fact that he lacks his own original style and tries to ape Salman Khan on screen. Yami Gautam as Shruti, his love interest, does not have too much to offer by way of histrionics, and is a letdown.

Urvashi Rautela, as Mrs Pablo and the third player in the love triangle, is a competent performer and delivers a credible performance in the limited screen time she has. Rishi Kapoor as the playful and loving grandfather, forever asking people to ‘smile' when clicking them, is endearing and a treat to watch.

Manoj Joshi as Akash's insensitive and tyrannical boss offers some entertainment with his "Shakespearean" lines, albeit twisted, but is his usual self, nevertheless. Bharti Singh, the standup comedian in a cameo, shines as always. The biggest shortcoming of the film is its poorly written script, which is replete with flaws and loopholes.

The exposition is forced, with question-and-answer sessions, interspersed with songs in beautiful locales. The poorly-etched characters fail to connect with the audience, leaving you detached from their lives. The script, written by Sanjeev Datta, is careless and lazily drafted. It is devoid of time and space in the characters' universe and the plot is amateurish, hence lacking focus.

The pace of the film is painfully slow and nothing seemingly happens for the longest time. The cinematography is the real highlight of the film. Sameer Arya's lens captures the snow-covered roads of sleepy Tanakpur, the yoga camp in Alberta, Canada and the hustle-bustle of fast-paced Mumbai with equal flourish, transporting you to those places.

The music, with melodious tunes, is average and fails to touch you or leave an impact. “Tum bin” is the only soulful number, which is somewhat appealing. The background score, however, is apt and elevates the viewing experience in some scenes. ‘Sanam Re’ may be about love but disappoints greatly and is not going to appeal to lovers this Valentine's Day, owing to its amateurish treatment and weak plot.