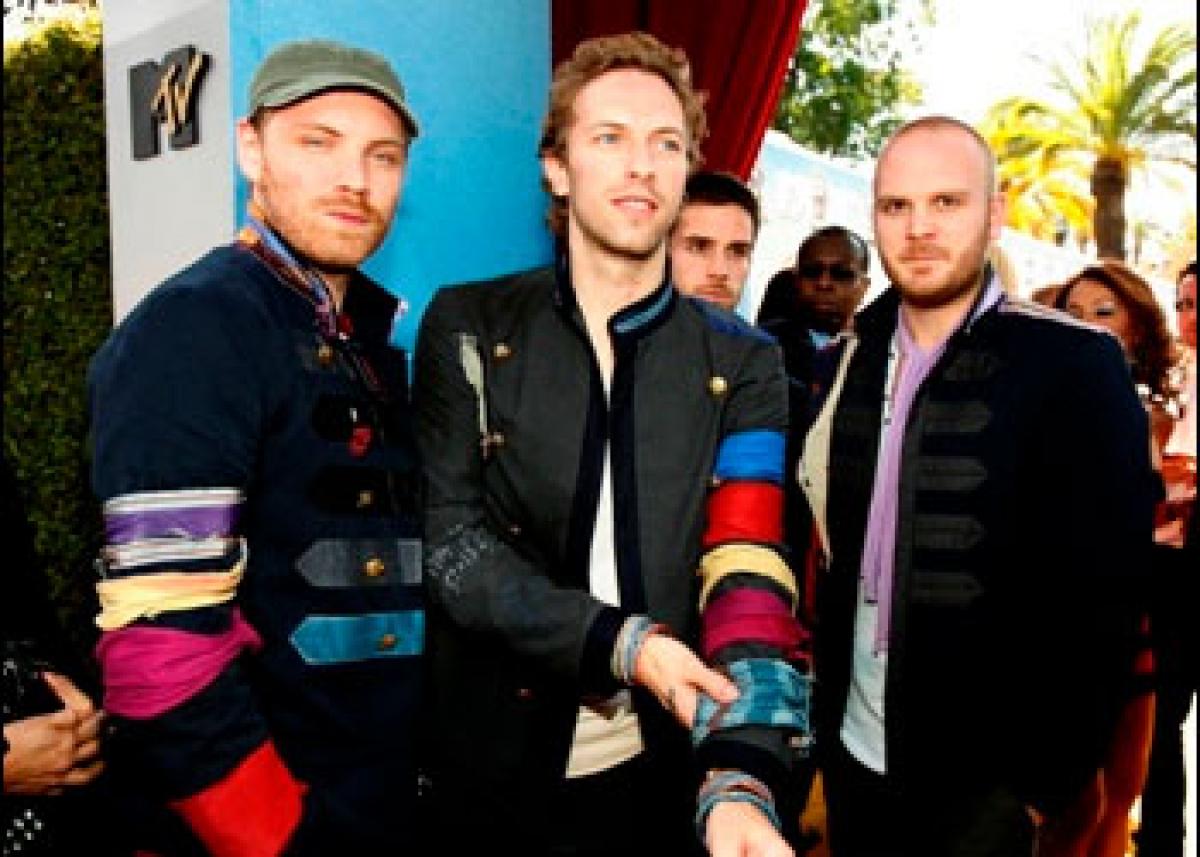 Seems like \'Coldplay\' faced real trouble due to the excessive rock and roll by \'Bring Me The Horizon\' at the NME Awards on February 17.

Melbourne : Seems like 'Coldplay' faced real trouble due to the excessive rock and roll by 'Bring Me The Horizon' at the NME Awards on February 17.

Chris Martin's band was left confused after the latter's frontman Oli Sykes jumped on their table, stomping on glasses and bottles until it keeled over, reports News.com.au.

It is even reported that 'Coldplay' guitarist Jonny Buckland had to move out of the way to avoid the massacre.

Though it is claimed that Sykes lashed out at 'Coldplay' due to the similarities between the band's 'A Head Full of Dreams' album artwork and the cover of Bring Me The Horizon's 2013 'Sempiternal,' the 29-year old singer said it to be just a big mistake, not intentional.

During an interview, the ' Bring Me The Horizon' frontman said he was in fact aiming for John Lennon's widow Yoko Ono, who picked up the 'NME Inspiration award.'

"Was it Coldplay's table? It wasn't intentional. We were aiming for Yoko Ono's table. Does it look intentional?" he said.

Supporting this, the band's keyboard player Jordan Fish claimed, "It was just whoever was nearest, it happened to be Coldplay."

Though the incident was not that good, but the award evening for Coldplay was not that bad as they bagged the coveted 'Godlike Genius' award.