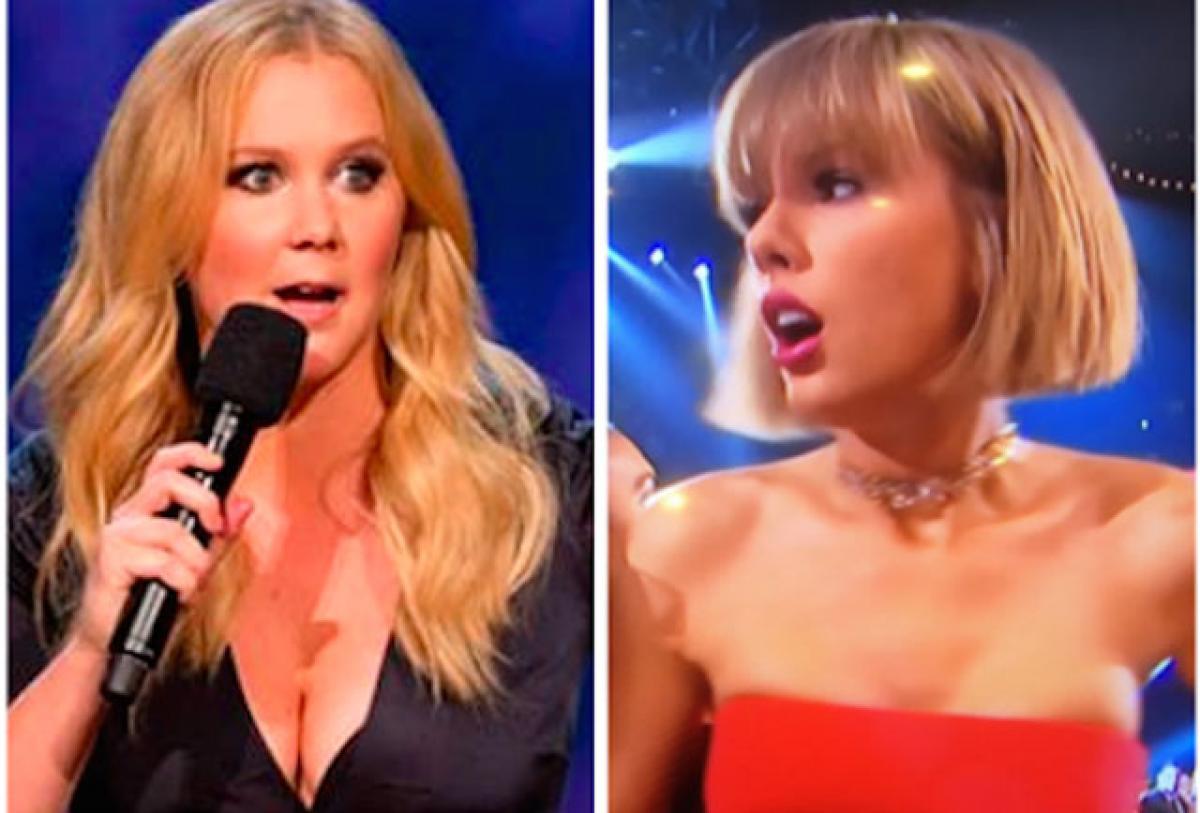 The second photograph is a meme of actor Paul Hogan as Crocodile Dundee saying, \"That\'s not a knife. This is a knife\". Schumer wrote, \"So sorry to anyone with a different size knife too”.

Comedienne-actress Amy Schumer has apologised to singer Taylor Swift for her body-shaming remarks. Schumer made fun of Swift's "thigh gap" during the 2016 Grammy Awards and received a backlash from Swift's fans. At the red carpet event, Swift was wearing a two-piece designed by Atelier Versace and bared her slim legs.

Schumer posted a bikini photograph of herself on the beach with plus-size comedienne Bridget Everett and wrote, "Taylor that's not a thigh gap. This is a thigh gap".

Later, Schumer decided to make amends by posting two images on Instagram to make light of the situation. In the first one, she sported fake beard and short messy hair.

"That's not a beard, this is a beard. So sorry to anyone with a beard this may offend. I am a comic and should never make fun of myself at the expense of anyone else that I wasn't making fun of in the first place. #relax #beard," she captioned the image.

The second photograph is a meme of actor Paul Hogan as Crocodile Dundee saying, "That's not a knife. This is a knife". Schumer wrote, "So sorry to anyone with a different size knife too”.