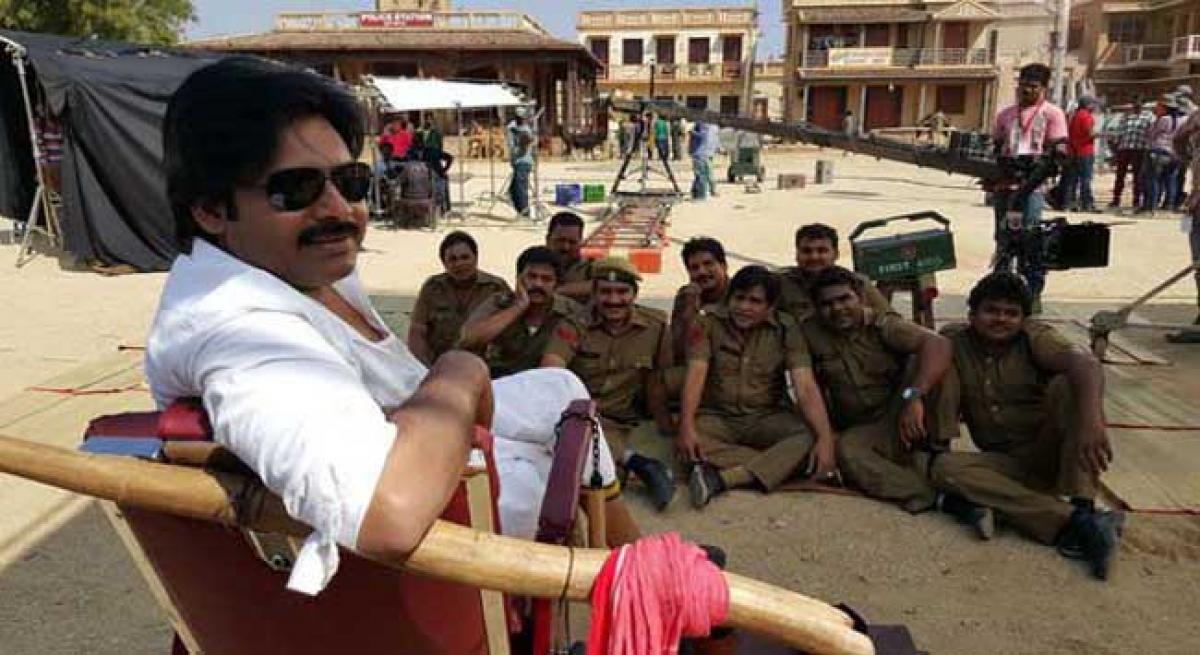 Power Star Pawan Kalyan-'s Sardaar Gabbar Singh has been hogging the headlines ever since it has been announced. Recently, Pawan Kalyan got upset over ...

Power Star Pawan Kalyan's Sardaar Gabbar Singh has been hogging the headlines ever since it has been announced. Recently, Pawan Kalyan got upset over a picture getting leaked from the editing table but it looks like the team is taking more precautions and is releasing only the pictures from the sets of the movie.

The latest picture that is doing the rounds features Pawan Kalyan along with his comedy gang in the movie. Grapevine suggests that Pawan Kalyan's Sardaar Gabbar Singh might be getting a postponed for one week with the rumoured date to be as April 15th. However, an official announcement about the same is to be made.

Meanwhile, the audio launch event of the movie will take place during the next weekend. Sardaar Gabbar Singh features Kajal Aggarwal in the lead role opposite Pawan Kalyan along with Raai Lakshmi and Sanjana in pivotal roles.