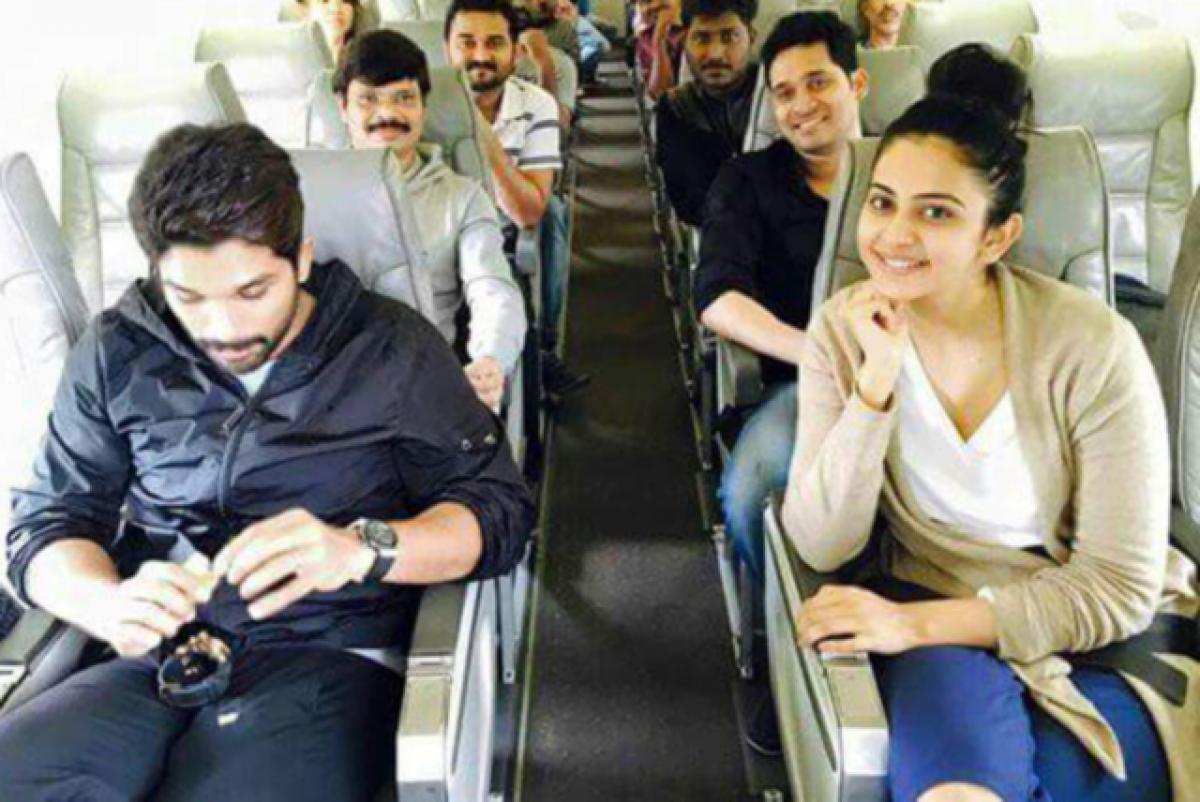 ‘Sarrainodu’, starring Allu Arjun and Rakul Preet Singh, is the first ever Indian film to be shot in Bolivia. Director Boyapati Sreenu and his team had to travel 50 hrs (change four flights) to reach the place. Elaborating on how they reached the destination, Rakul reveals, “The journey started from Hyderabad to Abu Dhabi.

‘Sarrainodu’, starring Allu Arjun and Rakul Preet Singh, is the first ever Indian film to be shot in Bolivia. Director Boyapati Sreenu and his team had to travel 50 hrs (change four flights) to reach the place. Elaborating on how they reached the destination, Rakul reveals, “The journey started from Hyderabad to Abu Dhabi.

From there, it was a 15-hour-journey to Sao Paulo (Brazil). After an overnight stay (12-hour transit) we embarked on a four-hour-journey to Santa Cruz. From there, we boarded a charter flight to go to Salar de Uyuni (in Bolivia) where we shot (the song). At 11,900 ft above sea level, it is a small village of two kms radius. Everybody was tired with the journey but the moment we saw the location, we were awestruck.”

The crew, she points out, did face problems to begin with. “Since it was chilly, we needed to get acclimatised to the weather. We were told not to run or walk fast because of low oxygen levels. But I did not have any issues as such because I lived in the hills; I even worked out there (smiles). The crew found it difficult to adjust as they were overburdened with heavy equipment. We shot for around five days,” she ruminates.

Continuing in the same tone, she adds, “There was water (7 inches) on the salar and we were in water the whole day shooting in one of the days. The salar is 11,000 sq kms big. It was a little exhausting to shoot there but at the end of the day we managed to capture lovely footage.” Naturally, the location blew her away.

“It’s a very beautiful location, untouched and is actually addressed as the ‘world’s natural mirror’ because everything is a reflection. Before jetting off, when the team showed me the photos of the place, they were scenic but I thought they were morphed. But when I landed at the place, I couldn’t believe what I saw; it was almost like a painting with several colours. It’s the most beautiful location I ever shot for till date.”

So was it difficult shaking a leg at such an altitude? “Thankfully, it was a duet,” she smiles, adding, “Obviously it was difficult because of the terrain. We woke up at 4 am and started shooting continuously, so, more or less, it was a packed schedule. We shot a romantic number ‘Thelusa Thelusa’ under the choreography of Ganesh Acharya; it came out beautifully and I’m just waiting for the song to be unveiled.”