Tough days ahead for Oopiri 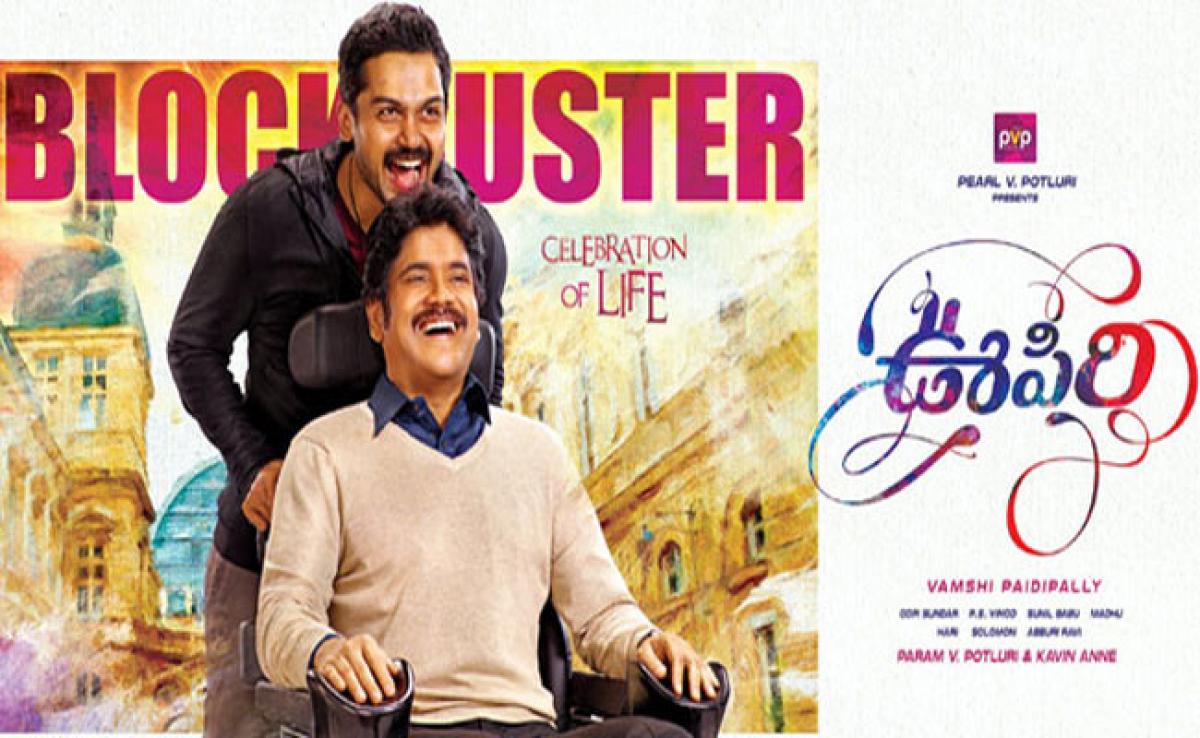 Pawan’s ‘Sardaar’ is going to release on 8th and most of the theatres will be switching to that movie. Also IPL is starting from 9th adding to its...

King Nagarjuna’s recently released ‘Oopiri’ has been getting a lot of appreciation and positive talk from across all quarters. The film is being received well by urban and a section of mass audience. The film is also raking in good moolah at the box-office but the film may find it tough to sustain from come weekend.

The film is made on a lavish budget and the producers have sold the rights of the film at a whopping price as Nag is in full form after the blockbuster hits ‘Manam’ and ‘Soggade Chinni Nayana’ and Kaarthi’s craze in both Tamil and Telugu. The film has collected over Rs 25 crores till now but should get INR 43 crores to reach the break even stage. So, the film still has a half way to go and there is a slight dip in the collections from this week.

Also Pawan’s ‘Sardaar’ is going to release on 8th and most of the theatres will be switching to that movie. Also IPL is starting from 9th adding to its misery. So, it now remains to be seen If ‘Oopiri’ can survive the threat and cross the mark or not.

Nikhil donates personal protection kits to combat Coronavirus
We use cookies for analytics, advertising and to improve our site. You agree to our use of cookies by continuing to use our site. To know more, see our Cookie Policy and Cookie Settings.Ok