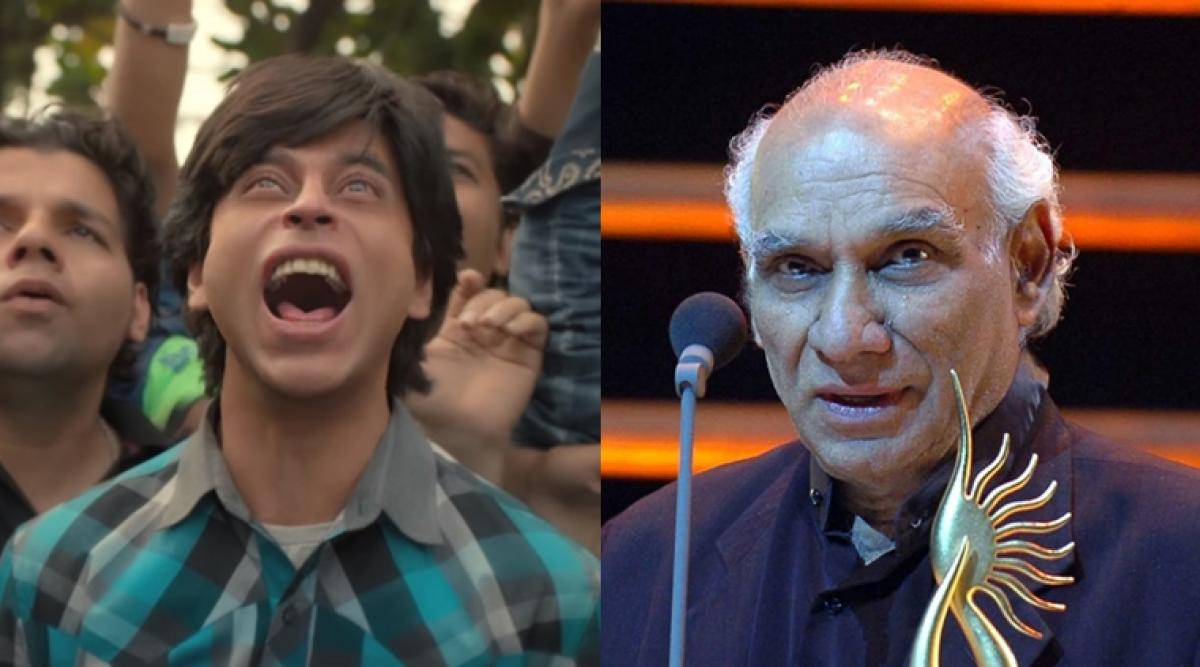 Shah Rukh Khan says the idea of his forthcoming film “Fan”, which will bring forward a story about a fan-'s obsession with a star, was first narrated...

Mumbai: Shah Rukh Khan says the idea of his forthcoming film “Fan”, which will bring forward a story about a fan's obsession with a star, was first narrated to him by late veteran filmmaker Yash Chopra. The superstar is glad that he could bring the idea to life.

The 50-year-old star shared the news during an episode of Colors' show “Comedy Nights Bachao”, read a statement from the channel.

“Very few people know that the concept of 'Fan' was first narrated to me by Yashji about 10 years ago. While I was excited to explore the idea back then, for some reason it never happened. Today, I'm glad we could bring his idea to life,” Shah Rukh said.

Directed by Maneesh Sharma, the film has been shot in various locations in Mumbai, Croatia and Delhi. With the film, Sharma pans the camera to the life of a celebrity and splashes shades of darkness with a focus on a fan's obsession.

The film will bring forward a story about a fan's obsession with a star, and how the admiration turns into a negativity when the star dispels his love for him. The catch in the film is that the fan is the star's lookalike, and how he uses it to his advantage when he turns into his 'biggest enemy'.

Shah Rukh, who worked with Yash Chopra in films like “Darr”, “Dil To Pagal Hai”, “Veer-Zaara” and last directorial “Jab Tak Hai Jaan”, also said that the late filmmaker's absence was strongly felt during the shoot of the movie which has been produced by Yash Raj Films.

The movie is releasing on April 15.