Ram’s next to roll from May 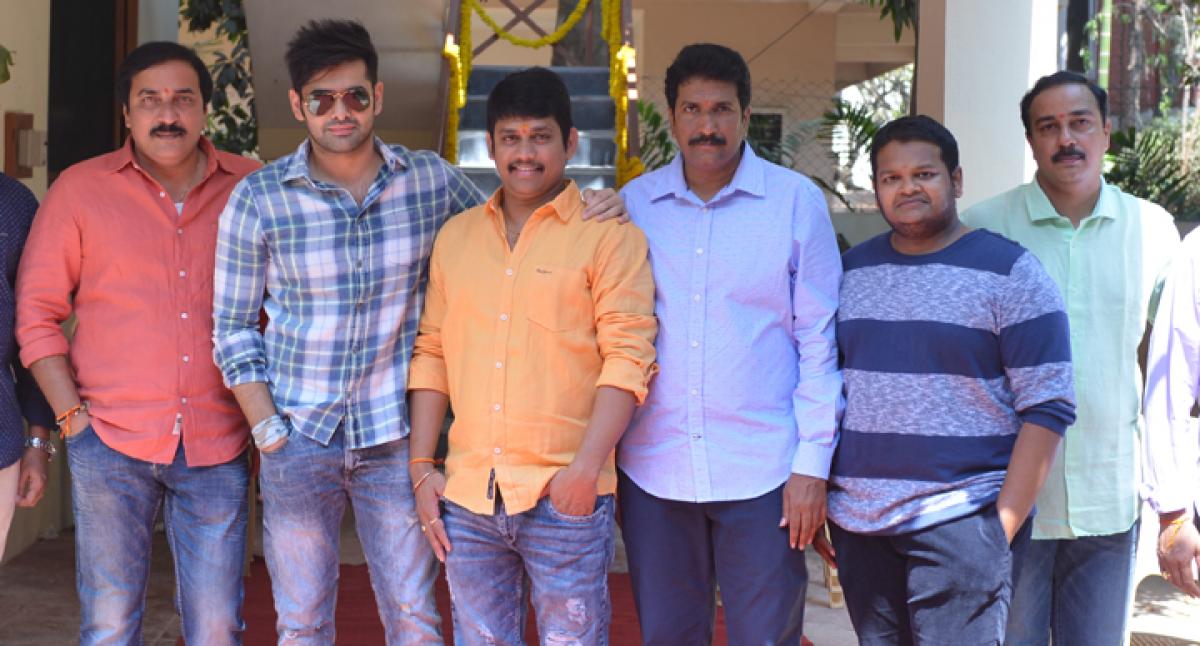 Ram and director Santosh Srinivas, after collaborating successfully for ‘Kandireega’ five years ago, are set for an encore. The yet-to-be-titled film...

Ram and director Santosh Srinivas, after collaborating successfully for ‘Kandireega’ five years ago, are set for an encore. The yet-to-be-titled film was officially launched on the auspicious day of Ugadi in Hyderabad on Friday. Producers Sravanthi Ravi Kishore and Shyam Prasad Reddy did the launch honours on Ram.

The shooting will commence towards the end of May and the makers are targeting a Dasara release. Ram Achanta, Gopi Achanta and Anil Sunkara are rolling the film under 14 Reels Entertainment. Hotshot composer Ghibran is on board to render tunes for the project.

“We are pleased to bring back the combination of Ram and Santosh, and we are optimistic about the film’s box-office fortunes,” said an official from the production house. Harish Shankar, Sai Korrapati and Hanu Raghavapudi too were spotted at the muhurat.