When GoT meets Doordarshan 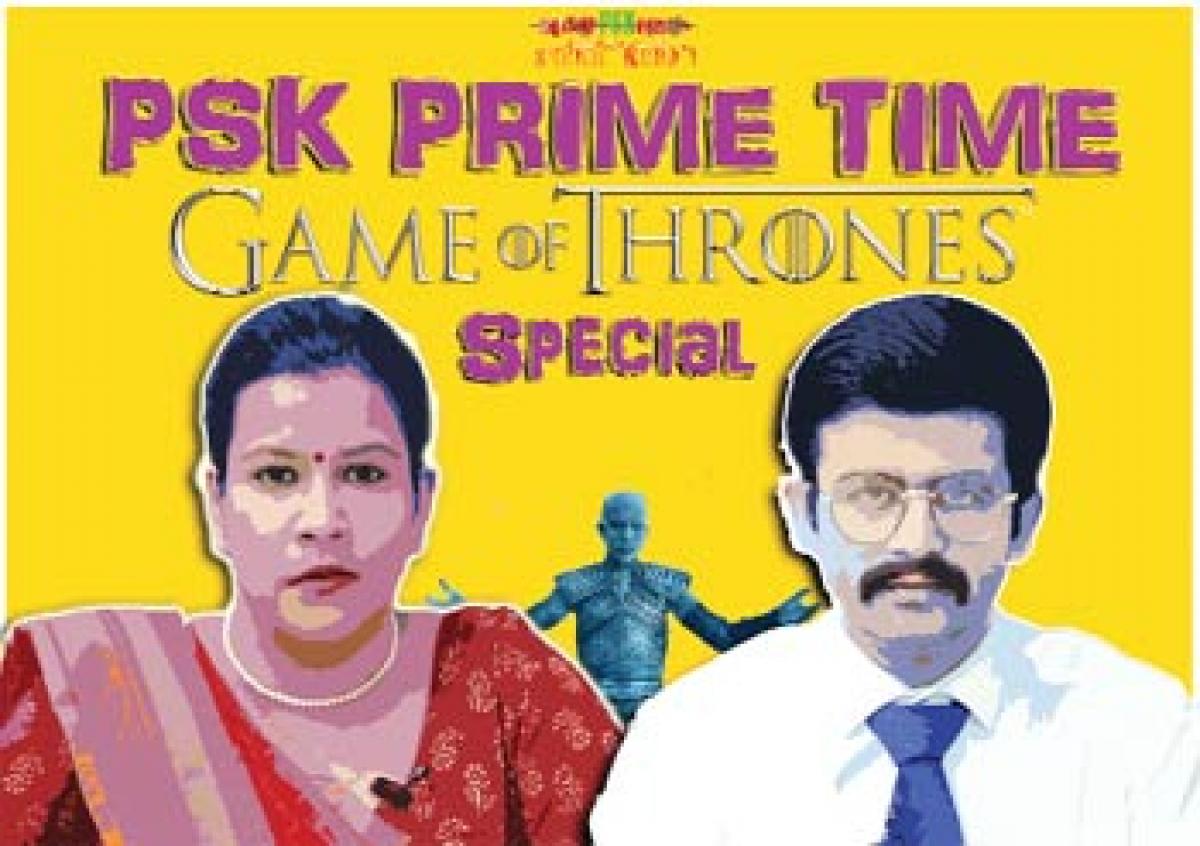 In the most unlikely fandom meet up one could ever imagine, YouTube channel, Pun Seekh Kebab (PSK) brought together Game of Thrones (GoT) and the overly-cultured ‘90s Doordarshan news style to review the trailer of the most anticipated season of the series.

In the most unlikely fandom meet up one could ever imagine, YouTube channel, Pun Seekh Kebab (PSK) brought together Game of Thrones (GoT) and the overly-cultured ‘90s Doordarshan news style to review the trailer of the most anticipated season of the series.

Speaking to The Hans India on creating an eclectic mixture of the high-end drama and dead pan presentation of DD anchors, co-content creator at PSK, Awinder Singh says, “Our team had some interesting concepts and we found that the GoT trailer for the next season has been well received.

We wanted it to be analysed in a unique way by combining two entirely different concepts. The mannerism of DD news anchors in the 1990s is legendary and we were quite amused by their straight face dialogue deliveries.”

“The script needed much more than translation from English. In some of the cases simple translation was hilarious enough, for example introducing Jon Snow as Jon Barfiley.

But, since DD has its own way of presentation, we added a few exaggerated descriptions of the characters. We tried to dig deeper, like in the case of Melisandre and Jaime Lannister, and explored some funny aspect of presenting serious characters,” he explains on producing a video of the kind.

Team PSK began in Janury this year. They are an interesting cocktail of passionate artistes from varied professional backgrounds who have come together to satisfy their creative buds and create engaging content for the masses.

“There’s Mohak and Adhiraj, who are professional theatre artistes; they featured as anchors in the video. There’s Ashish, Rajat and I, who are responsible for the content creation. Navjot is of constant support to manage the whole production,” shares Awinder on his team members.

The responsibility after delivering a viral hit is a serious affair on the internet. “Since it was our first video and it has gone viral, we have built a decent subscriber base. Viewers have shown enormous support and the current following is more than what our team had expected.

PSK is creating more videos on surprising and unlikely concepts. And, we hope to surprise and entertain the audience in the upcoming videos,” concludes Awinder.