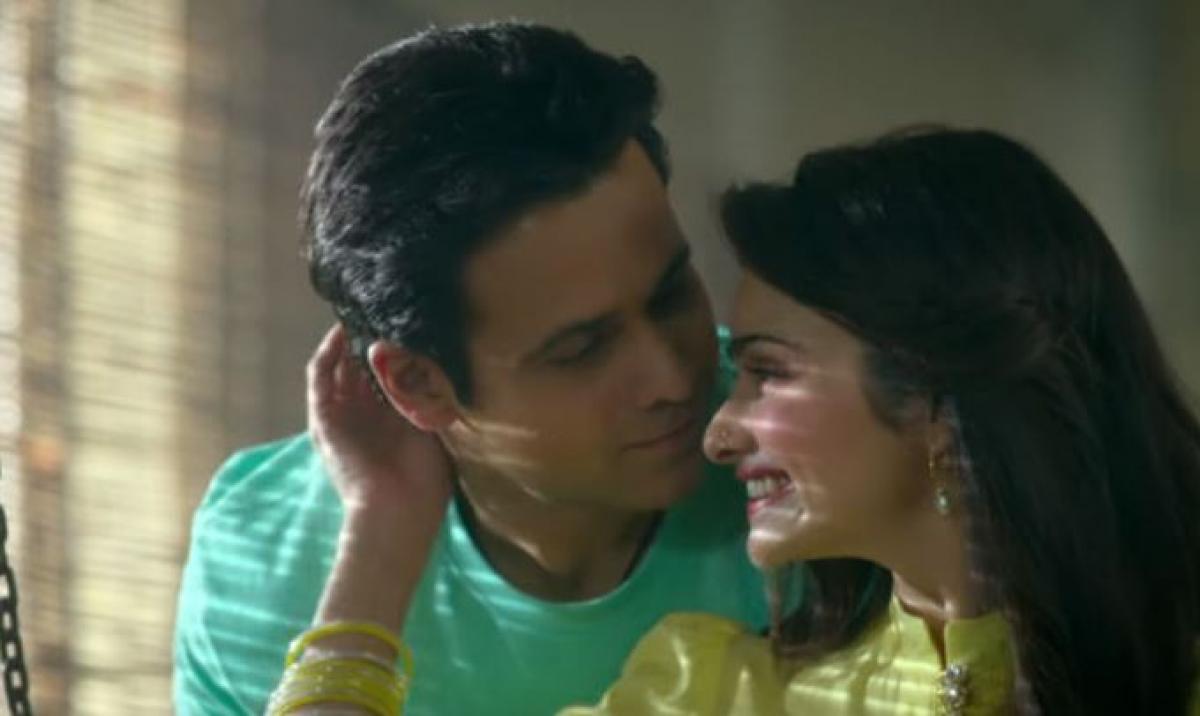 Bringing old world romance in vogue- the makers of the upcoming drama,  Azhar released their second song \'Itni Si Baat\' today.  The song features Emraan and Prachi and has been created by guest composer Pritam.

Mumbai: Bringing old world romance in vogue- the makers of the upcoming drama, Azhar released their second song 'Itni Si Baat' today. The song features Emraan and Prachi and has been created by guest composer Pritam. Sung by Arijit Singh & Antara Mitrawhich 'Itni Si Baat' shows us Azhar's relationship with his first wife Naureen. The melodious track with its lyrical rendition symbolises the kind of bond that Azhar and Naureen shared.

'Itni Si Baat' chronicles the journey of Azhar Naureen relationship - from the first time when they met as two strangers to the time when their relationship blossomed drawing parallels with Azhar's rise and rise in the cricket world.

It is in stark contrast to the first song- Chartbuster romantic number- Bol Do Na Zara- that focussed on the love story of Azhar-Sangeeta at the peak of his career as one of India's most successful cricket captains. By bringing us two different worlds of Azhar in back to back songs, the makers have ensured that viewers are able to look at the sheer journey of the man as they get set to Love him, Hate him and Judge him on the big screen!

Though Azhar is not a biopic, it is based on some well-known incidents and facts of former Indian cricket captain Azharuddin’s life. The film is directed by Tony D’Souza and stars Emraan Hashmi, Prachi Desai, Nargis Fakhri and Lara Dutta along with others. Produced by Ekta Kapoor, Shobha Kapoor and Sony Pictures Networks, the film is slated to release on May 13th, 2016. It is a Balaji Motion Pictures and Sony Pictures Networks’ production.