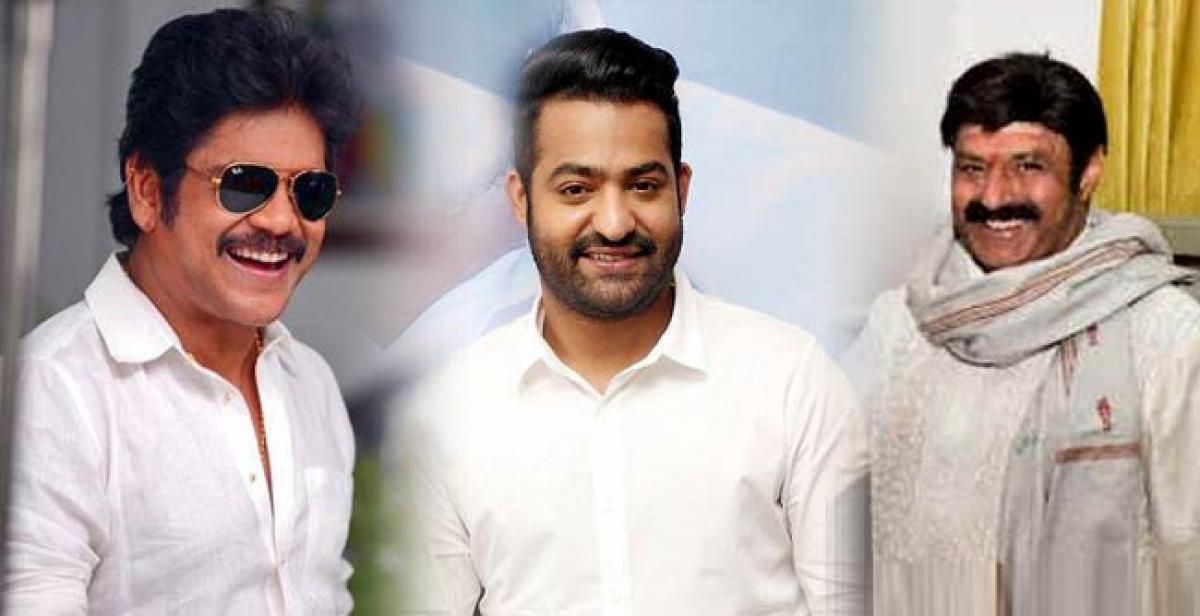 Bala Krishna is very involved with his prestigious 100th film to stay in the limelight and making all the functions related to the event in a big way.

Coming Friday, it is said that there will be a sea of celebrities from films and politics at Annapurna studios to bless Balayya who is formally launching the shooting of his milestone film.

Sources close to Balayya said that he invited all the directors of his previous films and most of the senior directors and colleagues from the industry.

It is a known fact that all is not well between Bala Krishna and Nagarjuna and they have avoided coming face to face for quite sometime now.

There are also reports that Balayya is not on talking terms with Jr NTR and it was clearly evident when both decided to clash at the box office during last Sankranthi.

Now, the million dollar question is l has Balayya invited Jr NTR and Nagarjuna for the function?