​Check out: Third Poster of Half Ticket is out now! 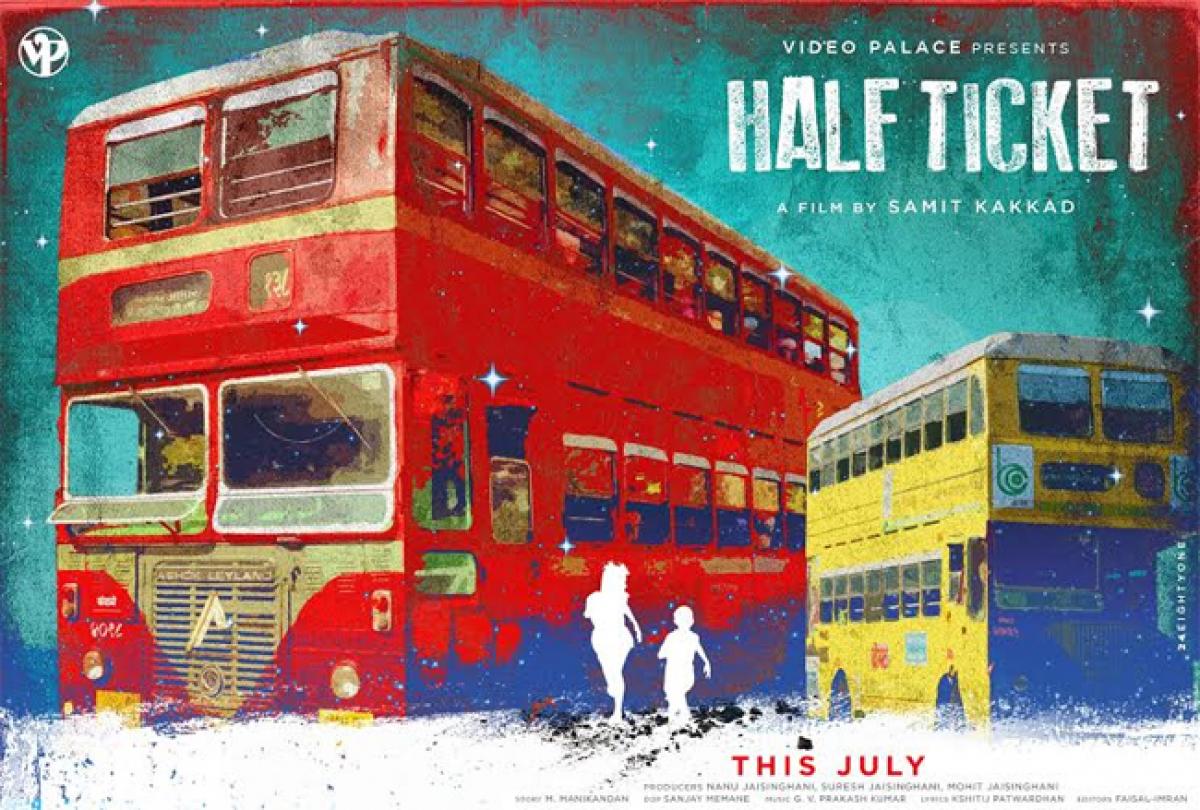 Half Ticket is a Marathi film that explores the story of 2 children living in the slums of Mumbai. The team of Half Ticket released the 3rd poster for ...

Half Ticket is a Marathi film that explores the story of 2 children living in the slums of Mumbai. The team of Half Ticket released the 3rd poster for the movie today. With the movie set in Mumbai, the poster depicts the rare and iconic double-decker buses of Mumbai.

The movie is set on streets of Mumbai and captures the essence of this great city in a way that has never been seen before. Just like the 2nd poster, which had an image of a Mumbai shipyard in vividly bright colours and 2 children, the third poster is an image of two double-decker buses in similar bright colours and the silhouettes of the same 2 children.

The themes of all these posters clearly depict a Mumbai influence and the bright colours set the mood for what is sure to be an upbeat and endearing film. A Video Palace production and directed by Samit Kakkad, Half Ticket is all set to release in July and will be the first Marathi film to be distributed by Fox Star Studios.