Nithiin-Shruti Haasan to star in next? 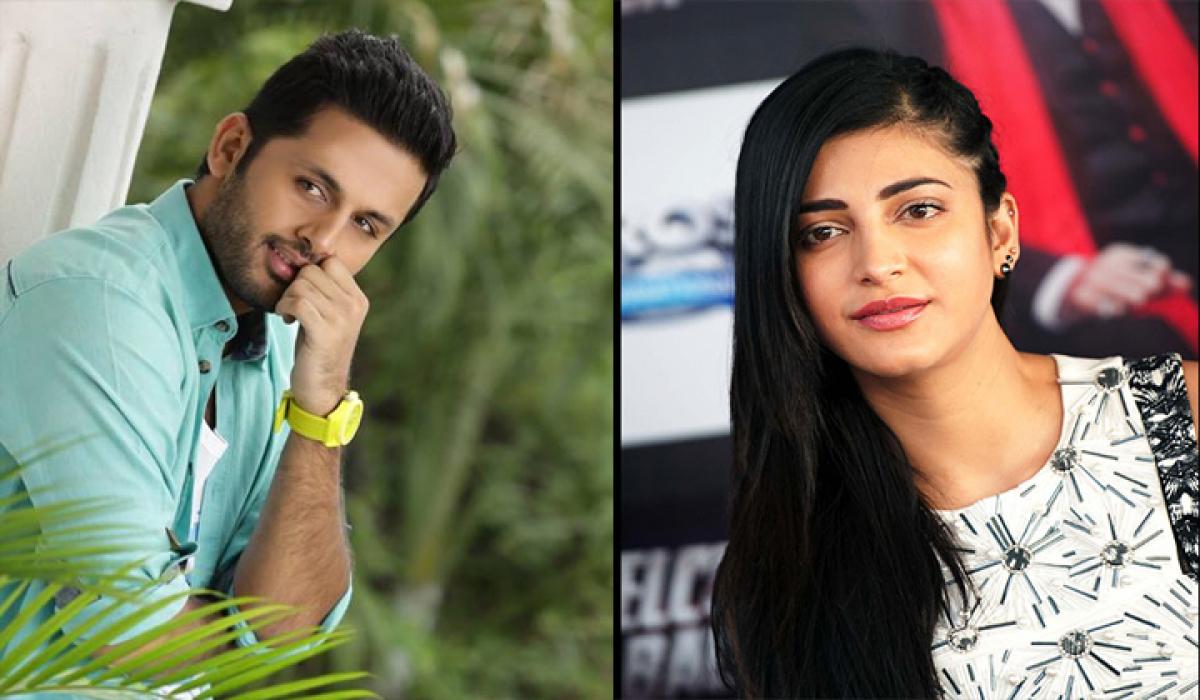 Actor Nithiin-'s A..Aa is gearing up for a grand release this Summer. The movie helmed by ace director Trivikram Srinivas stars Samantha in the lead...

Actor Nithiin's A..Aa is gearing up for a grand release this Summer. The movie helmed by ace director Trivikram Srinivas stars Samantha in the lead role.

On the other hand, Nithiin has signed up next for the sequel of his flick Gunde Jaari Gallanthayyinde which will be directed by Vijay Kumar Konda.

Reports suggest that the sequel of Gunde Jaari Gallanthayyinde is expected to roll out in the month of June.

However, the fans won't get to see the super jodi from the movie as Rumor mills suggest that Shruti Haasan will be seen playing the lead role instead of Nithya Menen in the movie. Keep watching the space for more updates.