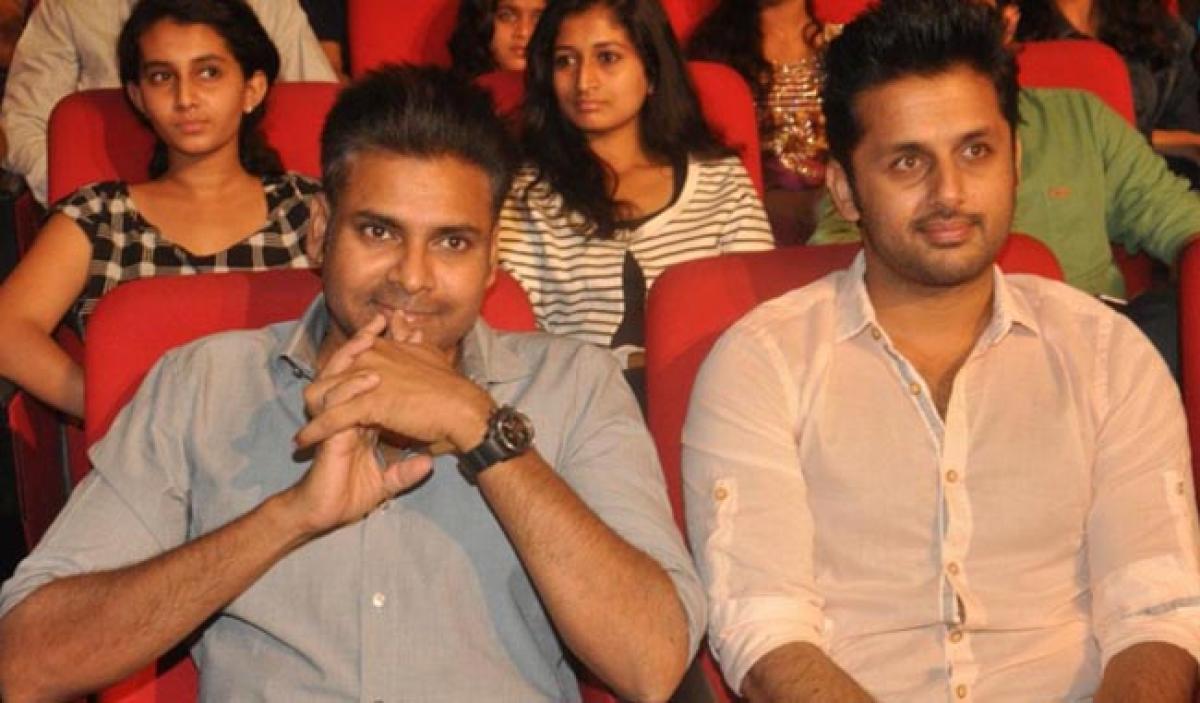 Power Star Pawan Kalyan who was last seen in the movie Sardaar Gabbar Singh is currently busy with his next movie with SJ Suryah.

Power Star Pawan Kalyan who was last seen in the movie Sardaar Gabbar Singh is currently busy with his next movie with SJ Suryah.

Sources inform that Pawan's next movie has officially been launched and is expected to roll out by the end of May. Pawan Kalyan, however, took time off his hectic schedules to attend the audio launch of his hardcore fan Nithiin's A..Aa(Anasuya Ramalingam vs Anand Vihari).

Speaking at the audio launch, Pawan Kalyan gave a wonderful speech wherein he stated that Nithiin is more like a brother to him which is the reason, he chose to attend the event.

Wishing Nithiin success for A..Aa movie similar to Ishq and Gunde Jaari Gallanthayyinde, Pawan Kalyan hoped to see the actor become a huge star across the globe. Nithiin's A.. Aa is set to hit the theatres in the month of May.

Check out Speech made by Pawan Kalyan: