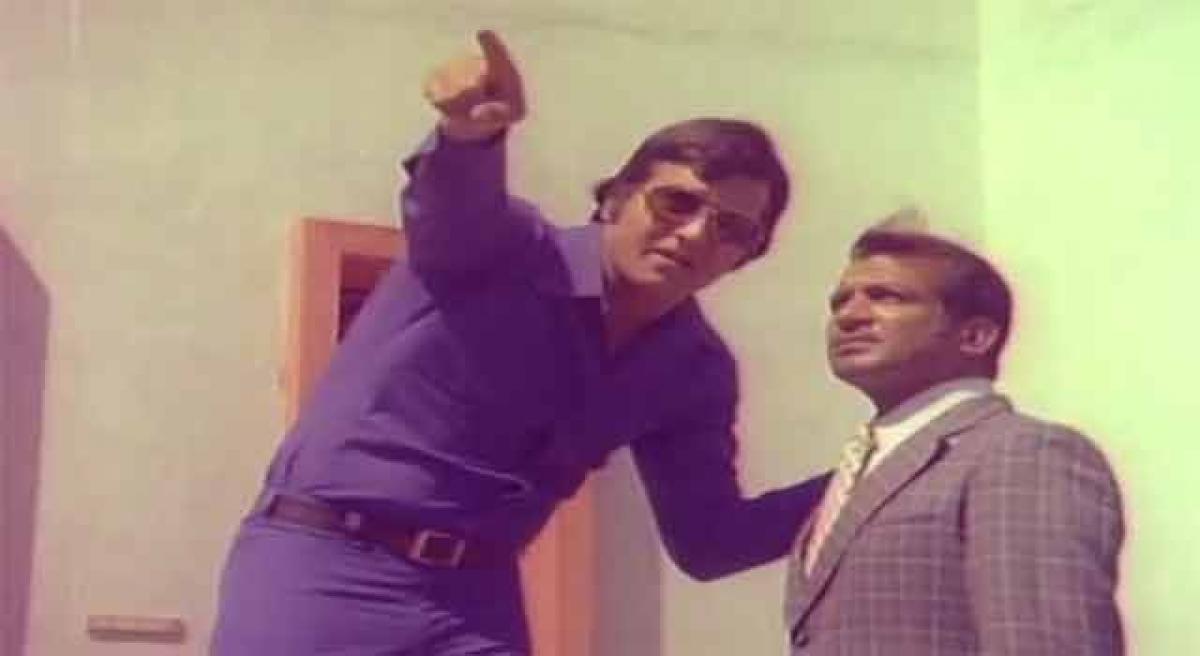 The Hindi spy thriller would arguably be the single-most genre to be influenced by Hollywood. There was a time in the late 1960s and early 1970s when...

The Hindi spy thriller would arguably be the single-most genre to be influenced by Hollywood. There was a time in the late 1960s and early 1970s when following the arrival of the cinematic version of Ian Fleming’s James Bond in the form of ‘Dr. No’ (1962) the genre got a global boost and every major cinema in the world wanted to come up with something similar.

In James Bond cinema irrespective of language found someone who could be all things modern, politically incorrect to the extent of being a misogynist and yet the suave lothario could be considered a hero.

The early spy films in popular Hindi cinema such as ‘Farz’ (1967), a remake of the Telugu super hit ‘Gudachari 116’ (1967) and perhaps the first of the super spy films in Indian cinema, and Ramanand Sagar’s ‘Aankhen’ (1968) stuck to the Bond template in terms of the hero wearing his heart on his sleeve or the action, the gadgetry and the fancy villains, the ones which came in the 1970s tried to rise above the trappings while largely adhering to standard pattern.

When compared to the likes of ‘Farz’, ‘Johny Mera Naam’ (1970), ‘The Train’ (1970) or ‘Chaila Babu’ (1977), ‘Dhamkee’ (1973) might be relatively less remembered but with its relentless pace, the multi-layered plot, the array of colourful characters and tight narrative, the film is one of the best studies of the genre.

Like most spy thrillers ‘Dhamkee’, too, starts with a spy being killed by the enemies of the country and headquarters trying to locate the replacement, who is romancing the gal, of course. While spying in a neighbouring Arab country, Raisho, Agent Vinod (Subhash Ghai, when he was just an actor) gets to know that a man (Shyam Kumar) is plotting a major event when Raisho’s Sultan visits India.

Before dying Vinod informs the agency that two men from Raisho would come to Bombay with a red briefcase that has the letter ‘V’ on it and their mission - pass on information to a Dr Mehta (Brahm Bhardwaj). The agency assigns the case to Agent Rajesh (Vinod Khanna), who incidentally is in love with Rupa (Kumkum), the doctor’s daughter but both have no clue about his nefarious activities.

Rupa is asked by her father to meet the men at the airport and when Rajesh spots her with the two criminals he starts doubting her. As Rajesh chases the two men some unknown goons kidnap them acting at the behest of a woman employee of the agency (Meena T), who also happens to be a criminal mastermind known as the Boss.

When Boss finds an encrypted message from Raisho she senses an opportunity to make some money and asks her men (Ramesh Deo and Shetty) to kidnap Dr Bhardwaj to decipher it. Meanwhile, Rajesh finds Mehmood (Mehmood Jr) who has fled Raisho and wants him to stop the traitors plotting to kill the young sultan to whom he swore his allegiance.

Boss uses her dancer Lilly (Bela Bose) to entice Rajesh but the next piece of the puzzle is a professor (Tiwari) who deciphers such messages for Bhardwaj. Much like Dr Bhardwaj the professor is kidnapped by Boss as well and this leaves the professor’s daughter Asha (Jaishree T) joining hands with Rajesh and Rupa to get to the bottom of the whole mystery.

When juxtaposed with the standards in the genre Dhamkee has all the ingredients that make it retro chic but more than that it has a certain quirkiness that makes it stand apart. The thing that hits you the most is the manner in which Meena T’s character is designed and the fashion in which her two lieutenants Ramesh Deo and Shetty – one whacky and the other dead serious – shake in the knees when she’s around.

Boss doesn’t think twice before bumping her own people like Lilly when she falls in love with Rajesh, or shy away from getting her own hands dirty and the style in which she improvises – she has a ready supply of masks where she transforms into Lilly, Rupa, and Asha to elicit information – or taking up the task to assassinate the Sultan for money has all the makings of a fine villain.

In fact, the women make ‘Dhamkee’ a treat as they infuse great believability into the characters even when the proceedings appear borderline stupid such as Jaishree T looking for the secret diary under the bed. ‘Dhamkee’ came at a time when Vinod Khanna was transiting from being a character actor and a villain to the lead and even though ‘Dhamkee’ was a hit it came in the same year where Khanna struck gold with ‘Kuchhe Dhaage’ (1973), ‘Achanak’ (1973), ‘Gaddaar’ (1973) and ‘Aarop’ (1973).

There are some utterly cool one-liners – Ramesh Deo saying “Baap aur bhai ke alawa kuch bhi samajh lo”(Anyone but a father or a brother) when asked by Jaishree T about his identity, and Subhash Ghai hamming away to glory with “Goli chalani hai, chalao, bhokon mat” (Fire if you want to but stop blabbering).

Directed by Parvez, who went on to be called Kalpataru in the 1980s, ‘Dhamkee’ is a departure from the family dramas that he was known best for. The production quality of the film lacks the finesse of a ‘Johny Mera Naam’ or ‘Chaila Babu’ or ‘The Great Gambler’ (1979) but it more than makes up with the host of great character actors right from Shyam Kumar, Tiwari and Brahm Bhardwaj who add the audacity often needed to make a spy thriller engaging.

‘Dhamkee’ also has some pleasant songs composed by Ganesh like “Chand Kya Hai” (Kishore Kumar, Asha Bhosle) that more often than not are overlooked by fans and the wonderful dance number “Kaun wafadaar hai, kaun bewafa” (Usha Mangeshkar, Asha Bhosle) picturised on Jaishree T and Kumkum. In spite of being tacky at places and even far-fetched, ‘Dhamkee’ is more enjoyable than contemporary fare in the genre like ‘Agent Vinod’ (2012) or ‘Ek Tha Tiger’ (2012).